‘They Can No Longer Win’: US, Turkey Uninterested in Ending Syrian ‘Three-Way Mexican Standoff’ 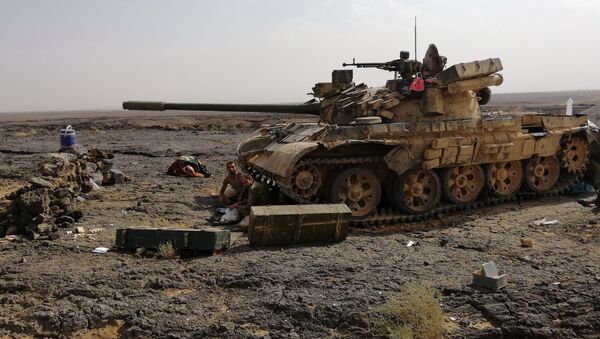 © Sputnik / BASSEM HADDAD
Subscribe
As Syrian forces mount a major offensive against Turkish-backed al-Qaeda militias near Idlib, Ankara finds itself in its stickiest political situation in years. Neither Turkey nor the US can win the war any longer, but neither seems willing to surrender control of their occupied territories to Damascus.

Fighting in the Idlib de-escalation zone has flared up in recent weeks, with the Syrian army mounting a major incursion into territory held by Hayat Tahrir al-Sham (HTS), an Islamist militia composed primarily of the former al-Nusra Front, better known as al-Qaeda in Syria. As the Syrian Army closes in on Khan Shaykhoun, the region’s major urban hub, the question becomes: how much is Turkey willing to do to protect its allies?

Turkish President Recep Tayyip “Erdogan is in a bad position now, because he’s in very bad political straits with the United States, and he doesn’t have room for maneuver on that end,” international affairs and security analyst Mark Sleboda told Radio Sputnik’s By Any Means Necessary Wednesday. “I think that’s maybe why we’ve seen such a soft response from Turkey at this point.”

“In the last year, Syria has really bogged down into a kind of three-way Mexican standoff,” Sleboda told hosts Eugene Puryear and Sean Blackmon. “There’s the Syrian government in Damascus, with Russia, Iran, Hezbollah and its allies on the one hand, that control the largest part of the country and certainly the areas with the most population in the country. In the north and northwest of the country, along the Turkish border, there is a Turkish military occupation all the way from Afrin through the Jarabulus corridor.”

“Also there is an adjacent mountainous area, Idlib, which is controlled - everyone pretty much agrees at this point - in its entirety by Hayat Tahrir al-Sham, which is the latest rebranding of al-Qaeda,” he said, noting even the US government admits this.

However, the Western media continues to refer to “opposition-held Idlib” and “rebel-held Idlib,” either outright refusing to name HTS or burying in the story information about its true nature as an al-Qaeda franchise.

“At the same time, the US has a military occupation of east Syria, on the other side of the Euphrates, where it’s set up a proxy government with its Kurdish allies in the named Syrian Democratic Forces. This puts the United States at odds with Turkey, which has a big problem with these Kurds, which they claim are part of the YPG, a Syrian/Turkish political military group which they identify as terrorists,” Sleboda explained, noting Turkey’s threats, regardless of US occupation, to invade the Kurdish-held lands.

Noting this situation has existed for the last year, Sleboda said that the Syrian government has contained al-Qaeda in the Idlib territories and pounded the de-escalation zone created last September, only recently making significant gains in pushing HTS out.

The Syrian Arab Army has “breached the al-Qaeda lines at multiple places and is now making a deep strike campaign, pretty much all over southern Idlib” Governorate and northern Hama Governorate, he explained. “They have formed a cauldron around the major city of that region, [Khan] Shaykhoun,” which he noted was the city in which al-Qaeda claimed to have been the victim of a Syrian government chemical attack in 2017, providing the US with a pretext to launch cruise missile attacks against Syrian forces for the first time. 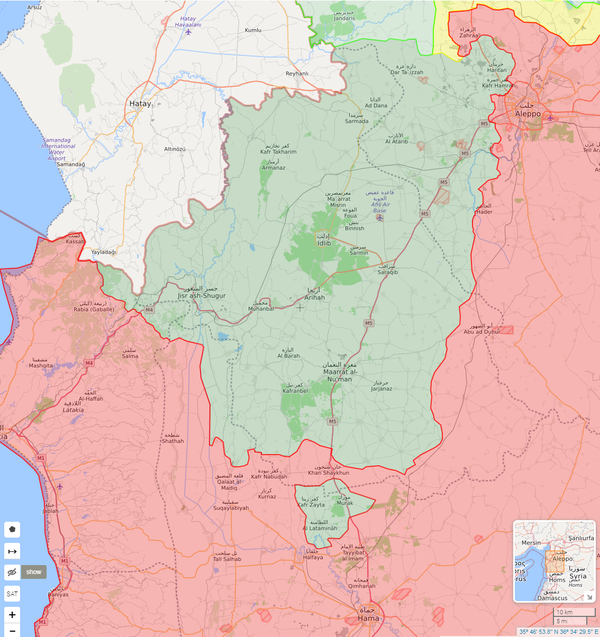 A live map of the area around Khan Shaykhoun and the Idlib de-escalation zone on August 21, 2019
© Sputnik screenshot

“Turkey has been trying to reinforce its al-Qaeda allies in Idlib,” Sleboda told Sputnik, leading to an air attack by Damascus-allied forces against a Turkish convoy earlier this week that killed 12 people, resulting in a Turkish withdrawal northward.

Sleboda noted that Turkey is stuck between a rock and a hard place, since if it pulled support from HTS it would, in all likelihood, face retributive terrorist attacks as a result, and it also cannot convince HTS to “shave off their beards, put on official Turkish proxy uniforms,” enabling Ankara to assume direct responsibility for them, as it agreed to do in the tripartite ceasefire negotiations last September.

As a result, Turkey finds itself in Syria effectively at war with Russia, a country with which it otherwise has good relations, and against which it must now try and play the United States.

“Russia is the only one trying to come to some type of realistic political agreements in Syria, basically because the US and Turkey aren’t interested in peace,”  Sleboda said. “They and their respective proxies in Syria can no longer win the war. They can’t take over Damascus; they can’t shape Syria’s future.”

“However, they can play spoilers and leave Syria perhaps permanently divided, with different parts of the country essentially permanently occupied in ‘frozen conflicts’ and destabilized,” he said, noting that’s “a plan B or a plan C, but that is where they’re at now.”

Sleboda cautioned that US protection for Syrian Kurds from Turkey won’t last forever, and that their only hope for long-term security was a negotiation for autonomy with Damascus, helped along by Moscow, that would protect them from both Turkey and US-backed terrorist groups in Syria.

“Unfortunately, you can’t please both the Kurds and Turkey … and that is making the political  steps forward very hard for everyone at this point.”

000000
Popular comments
With the US and Turkey both invaders of a sovereign country, both should leave willingly or in body bags, their choice, either way the must go.

Nonyank
22 August 2019, 02:28 GMT2
000000
Faithfully spoken , Turkey and America can't win , it is Syria and Russia , with help from Iran that will be the markers of success . It is Vietnam again for the US and Turkey , bring back those helicopters , climb on board and piss off . And ignore the pleas of the White Helmets , the same happened to the South Vietnamese who fought on the government side . It's amazing how history repeats itself .