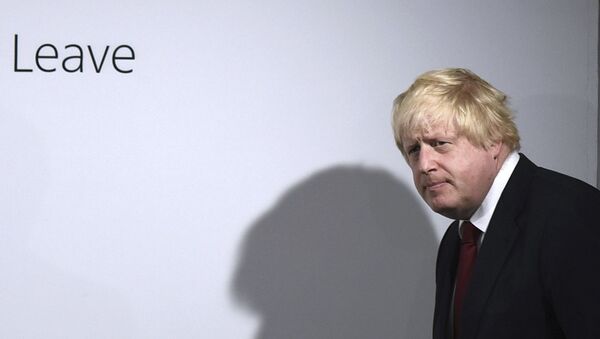 In a telephonic conversation with Johnson on Tuesday, Prime Minister Modi drew the former’s attention to the incident on 15 August, when Indians were celebrating their 73rd Independence Day. He also referred to the violence and vandalism by a large mob against the High Commission of India in London.

“Prime Minister Johnson expressed his regret over the incident and assured Prime Minister Modi that all necessary steps would be taken to ensure the safety and security of the High Commission, its personnel and visitors,” the MEA statement further said.

Prime Minister Modi pointed out that terrorism has plagued all parts of the world, including India and Europe.

He highlighted the importance of (taking) practical steps to ward off the threats posed by radicalisation, violence and intolerance, particularly in the context of the expanding footprint of terrorist organisations such as ISIS, said the Ministry of External Affairs.

Congratulating each other on their recent electoral victories, both leaders agreed “as the world’s pre-eminent democracies, both countries can effectively address global challenges together”.

On 15 August, thousands of people, many of them waving Pakistani and Kashmiri flags, took part in a protest outside the Indian High Commission in London, objecting to New Delhi’s decision on 5 August to revoke the special status of Jammu and Kashmir.

Jammu and Kashmir was placed under lockdown as a precautionary measure between 5 and 18 August. The region’s administration has since announced a phased relaxation of restrictions on public movement and communication networks and several primary and middle-level schools have also re-opened since Monday.

The decision to revoke the two contentious Articles 370 and 35 A related to special privileges for Jammu and Kashmir was opposed by political parties in the region and several central opposition parties in Parliament.

Pakistan, which claims to be a stakeholder in Kashmir, also raised objections and mounted a diplomatic offensive against India’s decision. This included sending India’s High Commissioner back to New Delhi, suspending trade and transport connections, and approaching the United Nations Security Council (UNSC) to take up the Kashmir issue urgently.

The UNSC did take up the matter informally behind closed doors without the presence of representatives from India and Pakistan. It was decided during the meeting that there would be no formal statement or further action announced.

The meeting was called at China’s behest. Most of the UNSC members, including the United Kingdom, Russia, the US and France remained neutral on the issue of Kashmir and did not back China or Pakistan in their demands to act against or censure India. They said it is a matter for New Delhi and Islamabad to resolve bilaterally.

Kashmir has been a bone of contention between India and Pakistan since the countries gained freedom from British colonial rule in 1947. Both govern part of the region but claim it in full. They have also fought two wars over Kashmir.