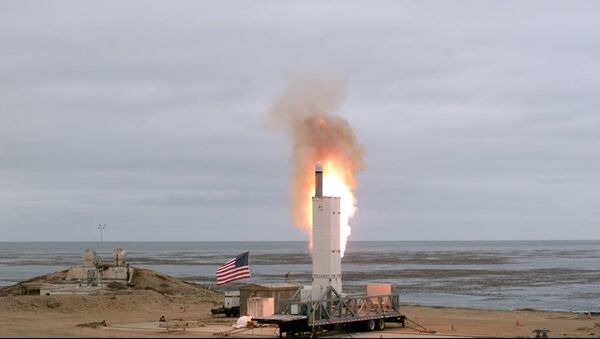 The US conducted its first test of a ground-launched cruise missile operating at ranges previously banned by the now void Intermediate-Range Nuclear Forces (INF) Treaty on 18 August. Moscow noted that such tests need to be prepared in advance, meaning that Washington had developed such weapons before abandoning the INF

Russian Foreign Minister Sergei Lavrov stated that the US had been preparing tests of the missile, which is non-compliant with the Intermediate-Range Nuclear Forces (INF) Treaty, long before Washington officially exited the accord. According to the minister, the preparations could have begun in October 2018 or even earlier.

"It is, apparently, at that time, maybe even earlier, they began to prepare the tests that were conducted, and which violate the parameters that were in the INF Treaty", the minister said.

However, the Pentagon countered the Russian foreign minister’s statements, claiming that the development of the recently tested missile began in February, when the US initially announced the start of the withdrawal process from the treaty. US Defence Department spokesman Robert Carver also said that the missile system is in its early stages of development and that it will only become operational and ready for deployment in "years".

The Pentagon went on to comment on information about the MK 41 being used in the recent missile test by stating that the launcher is not of the same configuration as Aegis Ashore. The latter is "purely defensive", Carver assured. 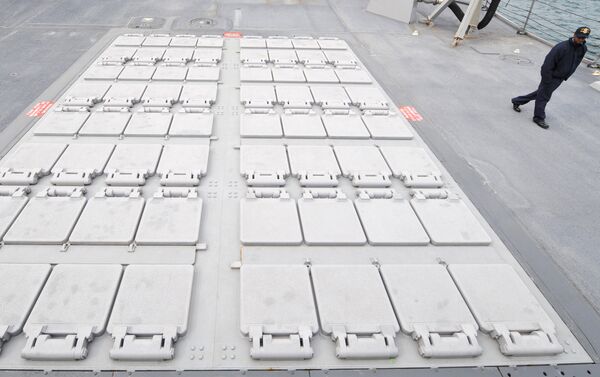 The ground-based air defence system Aegis Ashore, installed in Europe despite Moscow's protests, is based on the MK 41 launcher for warships, which is capable of firing Tomahawk missiles operating at ranges previously banned by the INF. Washington, however, has claimed that the MK 41 isn't capable of launching Tomahawks and thus didn’t violate the arms treaty.

The US tested its first non-INF compliant missile on 18 August, weeks after the country officially withdrew from the arms treaty. Pentagon spokesman Robert Carver clarified that it was a ground-based MK41 launcher with "a variant of the Tomahawk Land Attack Missile". The projectile travelled over 500 kilometres, a range previously banned by the INF, before hitting its target. 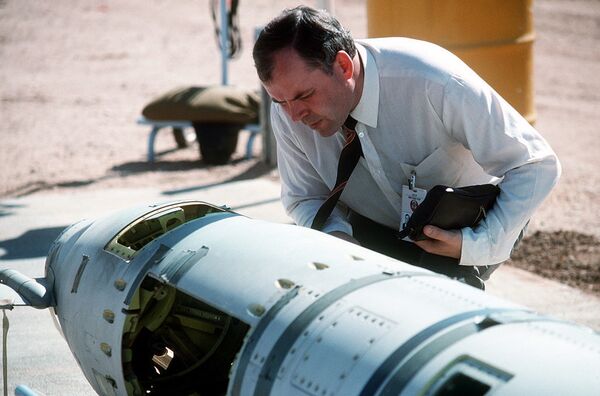 The US announced the commencement of the withdrawal process in February 2019, but declared its intentions in October 2018, during Bolton's visit to Moscow. Washington claimed that Moscow had violated the accord by developing its 9M729 missile, which allegedly operates at banned ranges. Russia denied the accusations and presented the missile for inspection, but the US ignored the efforts and used its claims as a pretext for its subsequent withdrawal.

In response to Washington's decision, Moscow also announced that it would leave the arms treaty. Russia pointed out that the US had ignored Moscow's own concerns regarding Washington’s compliance with the INF for years. Namely, the Kremlin was alarmed by the deployment of Aegis Ashore systems in Europe, which are based on a system capable of launching sea-based Tomahawks that operate at ranges banned by the accord.