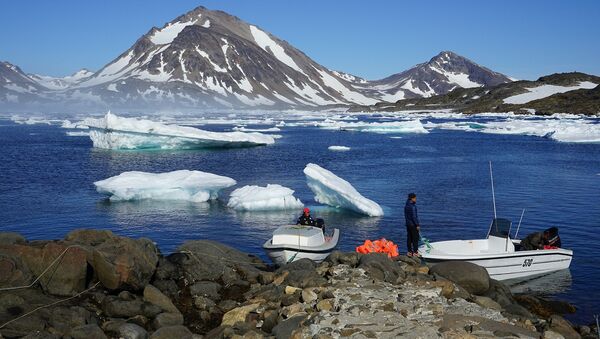 On Tuesday, US President Donald Trump said he is postponing his meeting with Danish Prime Minister Mette Frederiksen because she is not interested in the US president's offer to buy Greenland.

In a tweet Tuesday, Trump called Denmark a "very special country with incredible people" and said he would be postponing his interview with Frederiksen, which was scheduled to take place in two weeks, for another time because she has no "interest in discussing the purchase of Greenland."

Last Thursday, the Wall Street Journal (WSJ) reported that Trump has repeatedly asked his advisers whether Washington can purchase Greenland, citing “people familiar with the discussion."

The article claimed the US president “listened with interest when they discussed its abundant resources and geopolitical importance.” Two individuals also told the WSJ that Trump even requested the White House counsel look into the logistics of the island’s acquisition.

However, the Greenland Ministry of Foreign Affairs made it crystal clear that they are not taking offers for the territory's sale.

​Greenland is an autonomous region within the Kingdom of Denmark. Since 1979, Denmark has been in charge of Greenland’s foreign affairs, military issues and constitutional matters, while Greenland decides its internal affairs.