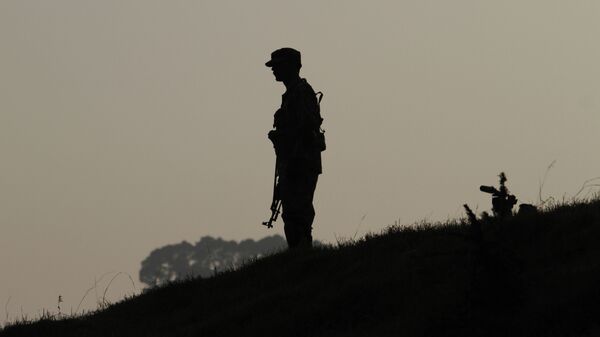 WASHINGTON (Sputnik) - US President Donald Trump and Pakistani Prime Minister Imran Kahn during a phone conversation discussed the need to reduce tensions over the Kashmir crisis, the White House said in a statement.

"Trump spoke by telephone with Prime Minister Imran Khan today to discuss the need to reduce tensions and moderate rhetoric with India over the situation in Jammu and Kashmir. The President reaffirmed the need to avoid escalation of the situation, and urged restraint on both sides. The two leaders also agreed to work together to strengthen United States-Pakistan economic and trade cooperation," the release said on Monday.

Earlier this month, Pakistani Prime Minister pleaded for US President to mediate in the Kashmir dispute.

Jammu and Kashmir was locked down as a precautionary measure following New Delhi’s decision to amend Article 370 and 35A, which granted special status to the state. The state was also divided into two federally administered territories, a move India claimed would give impetus to the development of the region.

The decision was vehemently opposed by political parties in the region and several opposition parties.  Pakistan, which claims itself as a stakeholder in Kashmir, raised objections and mounted a diplomatic offensive against India’s decision.