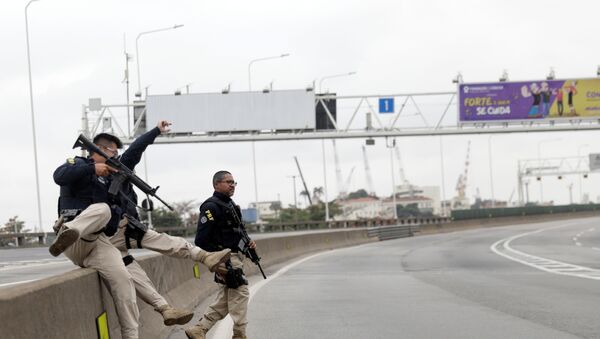 A police sniper has reportedly shot a masked gunman who earlier today hijacked a bus in Brazil, Globo reported.

The gunman earlier today took a bus with several people hostage on the Rio-Niterói Bridge connecting the cities of Rio de Janeiro and Niterói, according to a live feed by Globo.

After the gunman was shot, about 37 hostages have reportedly been released. The police have surrounded the area, investigating the incident. According to a military police spokesman, the gun the attacker used was a toy.