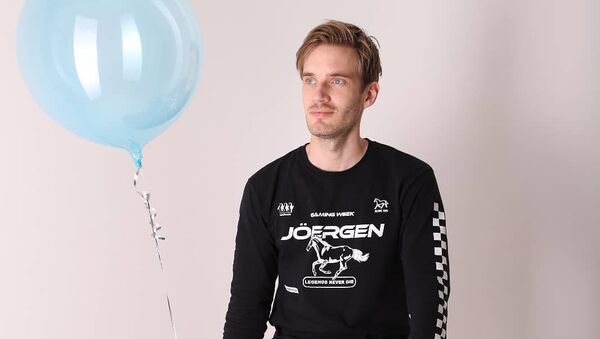 The proclaimed King of YouTube has had a lot on his plate over the last year. It all began with the epic stand-off with the Indian media giant T-Series and came to Pewds approaching the mind-blowing number of 100 million subscribers, parting with his long-time editor Brad, his wedding as well as rumours he was going to quit YouTube.

YouTuber PewDiePie, who has as many as 99.5 million subscribers on his channel, has cheered up fans, denying speculations that he might leave the video platform. In a new video "Addressing the rumours", he posted just a day before he said "I do" to his long-time girlfriend Marzia Bisognin, he opened up on his YouTube career and his Internet fame as well as revealed that he has no plans about quitting.

"I'm getting married, Brad's left, hitting 100 million subscribers, an insane number, it's the dumbest number I've ever heard... There's a lot of speculation that I'm going to quit the channel because of all these pieces kind of falling together. I still really enjoy YouTube, and I have no plans of quitting," he said.

However, the vlogger (real name Felix Kjellberg) also admitted that he wouldn't mind "taking a break at some point" to feel what it's like, as he has just kept going making videos and concluded "it would be nice to not have YouTube in my brain for the first time in ten years."

He also shared his thoughts on success and what it is like to be a famous blogger. He noted that while some prefer to slow down and let other people do the work, he chose another path and is happy with his choice.

"To still have me here doing all that, it's kind of crazy if you think about it, but at the same time, this is what I enjoy doing, this is what I want to do, so I'm actually really happy about it," he said, also noting that in his tenth year as a YouTuber "to still be on top of what I do is unbelievable."

On Tuesday, the Swede confirmed that he and Marzia Bisognin, who is also a YouTube star, got married on 19 August and shared photos of the big day, marking their eighth anniversary.