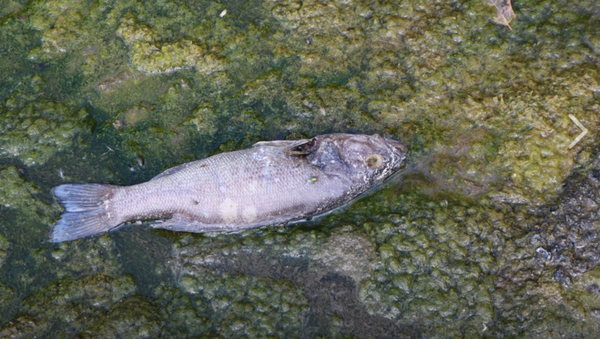 Parts of the Indiana Dunes National Park, including some beaches, have been closed after a steel plant’s recent chemical spill sent cyanide and ammonia into the east branch of the Little Calumet River, near Lake Michigan.

In a statement released Friday, the steel and mining company responsible for the spill, ArcelorMittal, said the incident was caused by its steelmaking plant in Burns Harbor, Indiana, after the plant’s blast furnace water recirculation system experienced a failure.

“This isolated event resulted in the release of wastewater containing elevated levels of ammonia and cyanide,” the statement reads, also noting that ArcelorMittal accepts responsibility for the incident and is currently working with state and federal regulatory agencies to prevent similar accidents from taking place in the future.

​“The recirculating system has been repaired, and normal operations have resumed. Although sampling is ongoing, we are confident that the facility’s wastewater system is operating within normal ranges. We are working to assess any potential residual impact and are committed to demonstrating to all stakeholders that we have regained compliance through a robust monitoring process as prescribed by the Indiana Department of Environmental Management (IDEM),” the statement adds.

"It's just horrible - all these dead animals in here; all these dead fish. It's so sad," Portage, Indiana, resident Angela Talmadge told WBBM. "A lot of people use this waterway, you know, to go out to the lake." The Little Calumet River begins east of  Holmesville and flows west to Porter County. Portage is a city in Portage Township, Porter County.

In an August 16 statement on Facebook, John Cannon, the mayor of Portage, criticized the IDEM for not notifying the city about the spill until three days after it became aware of the incident.

“While reports show many, including IDEM, knew of the concerns as early as August 12th, 2019, the City of Portage was not informed of this concern until August 15th, 2019 … Mayor Cannon holds Arcelor Mittal responsible for this event, and also parts blame to IDEM for not informing the City of Portage until several days after the first incident. The Mayor is calling for action to be taken. Further, the City of Portage will be taking aggressive action with the EPA [Environmental Protection Agency] to ensure the breakdown of communication, like this, does not occur again,” the statement reads.