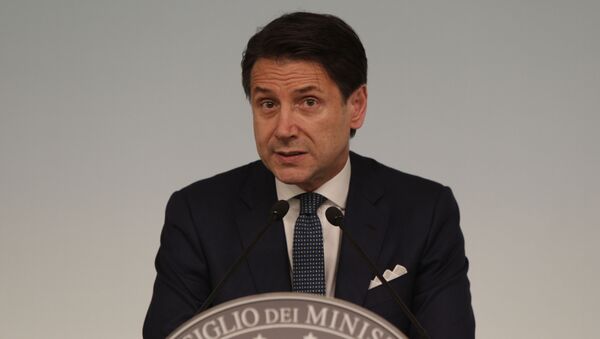 Earlier this month, Italian Deputy Prime Minister Salvini, said that he had informed the country's prime minister that a snap election was needed since the parliament no longer had a majority to support the government.

Italian Prime Minister Giuseppe Conte announced on Tuesday his intention to step down from his post.

"I will listen attentively to all of the speeches today, but I intend to finish this political transition", Conte told the Senate adding that following the parliamentary session he intends to head to the official presidential residence where he will tend his resignation to President Mattarella.

The ruling coalition made up of Lega, and the Five Star Movement fell apart on 8 August when Matteo Salvini, the head of Lega, called for snap elections.

Salvini's announcement of snap elections came after a Senate vote on the construction of a high-speed railway between Turin and Lyon. Deputies from the Lega voted for the major infrastructure project along with opposition representatives and rejected the negative resolution.

Conte blamed Salvini for the political crisis and demanded that he explain to the Italians the reasons for the dissolution of the government.

According to the Italian constitution, the right to dissolve parliament and call new elections belongs to the president of the republic, Sergio Mattarella.

Conte assumed the post of Prime Minister in June 2018 after the Lega and Five Star Movement parties reached a coalition agreement.