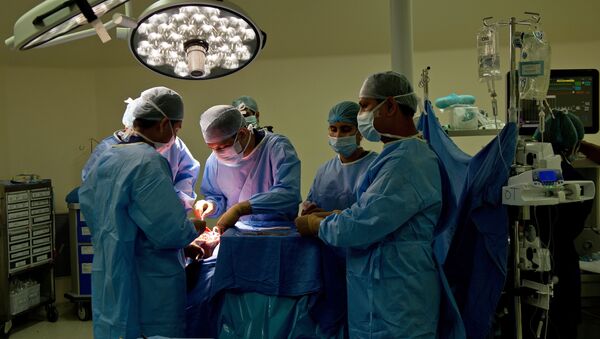 The research was recently published in the Journal of Materials Chemistry B; a scientific journal focused on biology and medicine.

The ground-breaking research was made possible with the help and collaboration of research institutions spread across the world, a media statement issued by the Indian Institute of Technology (IIT) in the Indian city of Hyderabad said.

"The research team was headed by Professor Renu John, Head of the Department of Biomedical Engineering at IIT Hyderabad. Their work not only offers the promise of diagnosis and prediction of heart disorders within minutes but can also be extended to the detection of other diseases," news web portal livemint.com quoted the Institute as saying in the statement.

"The clinical complications of Cardiovascular Diseases (CVD) are presently major causes of morbidity and mortality worldwide. Primary and specialist health providers use a variety of tools for both clinical assessments of existing heart diseases and to identify vulnerable patients at risk for CVD. Biosensors are one such tool," the Institute added.

"Professor John's study on micro-fluidics would help in building biomarker-based biosensors that could be used for instantaneous detection of heart attacks and other cardiac diseases," IIT, Hyderabad's media note said.

Professor John said: "Biomarkers are biological molecules that represent health and disease states. They are specific chemicals that are released in the body in response to certain physiological conditions."

Cardiac Troponins (cTns), for example, are biomarkers of heart disease and are conventionally detected in the bloodstream using antibodies that bind specifically to them," he added.

Biosensors are devices that combine the sensing element (e.g. antibody) with a transducer that converts the interaction of the antibody into an electrical or optical signal that can be measured," Professor John stated further.

According to the World Health Organisation (WHO), cardiovascular diseases are a significant cause of mortality globally and are caused by disorders of the heart and blood vessels.

Physical inactivity, unhealthy diets, consumption of tobacco and alcohol and other habit forming substances have been identified as primary factors responsible for heart disease and strokes, the WHO said.