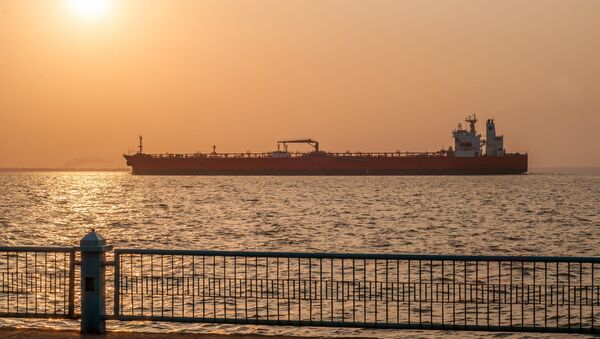 A US State Department official has warned the Greek government that any effort to assist the Iranian tanker Adrian Darya during its trip to Syria could be viewed as giving material support to a terrorist organization.

The official expressed the US's "strong position" that the tanker was assisting Iran's Islamic Revolutionary Guard Corps by transporting illegal oil for sale to Syria.

The Adrian Darya oil tanker was detained by British authorities at Gibraltar for over a month, but was allowed to resume its trip to Syria on Sunday, via Kalamata, Greece. Washington had lobbied London authorities to transfer custody of the ship to them, but to no avail.

"It's unfortunate that that happened," US Secretary of State Mike Pompeo said in a Monday interview with Fox News, as a successful sale would mean for the IRGC "more money, more wealth, more resources to continue their terror campaign."

Since August 2018, the US has imposed increasingly strict sanctions on purchasers of Iranian oil, in line with its position that Tehran had violated the 2015 Joint Comprehensive Plan of Action that provided for the lowering of those sanctions. US President Donald Trump accused Tehran of violating the agreement by secretly taking steps toward developing a nuclear weapon.

In April 2019, Washington went a step further and declared the IRGC to be a terrorist group and thus the Iranian government to be a state sponsor of terrorism. The move puzzled observers, but US officials have maintained the IRGC is responsible for attacks on US and US-allied forces across the region, from Syria to Iraq and Yemen.