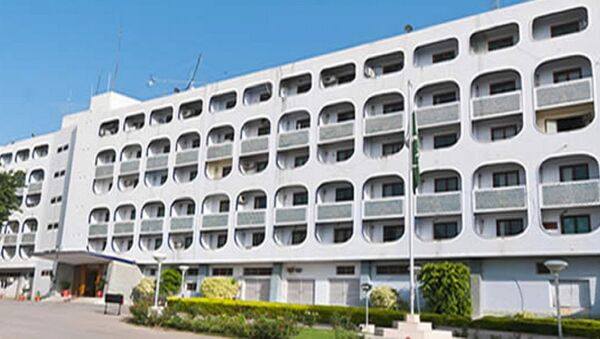 New Delhi (Sputnik): A day after the Pakistani military claimed two civilians were killed in ceasefire violations by India along the Line of Control (LoC), Pakistan summoned an Indian diplomat in Islamabad on Monday.

The Pakistani military also claimed to have killed two Indian soldiers and injured many others in retaliatory firing.

"Reportedly two Indian army soldiers killed and many injured as Pakistan Army engaged posts from where fire was directed", an official statement said.

Pakistan has urged India to “instruct its forces to respect the ceasefire, in letter and spirit and maintain peace on the LoC and the Working Boundary”.

Last week, Pakistan's Foreign Ministry summoned an Indian diplomat three times after massive firing along the border that killed more than 10 people including soldiers from both sides.

India and Pakistan have fought two wars over Kashmir, which was divided between them when they received independence from Britain in 1947. Each side claims sovereignty over the entire region.

The Parliament of India recently voted to amend the Indian Constitution, formally ending the state's autonomous status under Article 370 and converting it into two separate union territories: Jammu and Kashmir, and Ladakh.