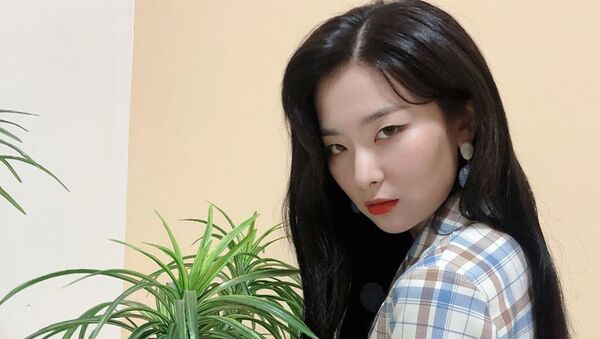 Earlier in August, SM Entertaiment announced that the girl group was scheduled to make a comeback this month.

Member of Red Velvet, Seulgi, has caused a storm on the South Korean segment of Twitter, after the popular K-Pop girl group's label released her photo as teaser for the upcoming comeback with a mini album called 'The ReVe Festival: Day 2'.

Kang Seul-gi, better known to the public mononymously as Seulgi, is a leading vocalist and a dancer in the group. The 25-year-old is seen on the photos with a slight smile sending out fresh summer vibes.

SM Entertaiment, a major entertaiment company in South Korea, announced Red Velvet's upcoming comeback on 7 August. It is expected that the new mini album, part of the ReVe series, will be released on 20 August.