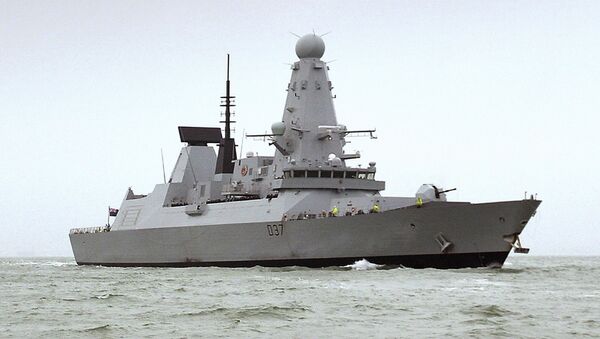 Zara Muradyan
All materials
The United Kingdom has agreed to join a US-led maritime mission to patrol the Persian Gulf region in the wake of a series of "attacks" on oil tankers there that was unfoundedly blamed on Iran.

The British Navy has already dispatched three warships, HMS Montrose and HMS Kent, Type-23 submarine-hunters, and HMS Duncan, a Type-45 air-defence destroyer, to the Gulf as it has officially signed up for the US-proposed Operation Sentinel against a purported Iranian threat.

Incidentally, HMS Kent left Portsmouth earlier this week together with another Type-45 air-defence destroyer, HMS Defender, which is set to start a mission in the Asia-Pacific region, but can potentially cover a wide area, including the Indian Ocean, meaning that it would be within an easy reach of the Gulf if needed.

"Following constructive discussions at an international conference in Bahrain last week [31 July], the UK has agreed to join an international mission [that] will see the Royal Navy working alongside the US Navy to assure the security of merchant vessels in the Strait of Hormuz", the UK government said in a statement on 5 August.

London's decision to send another warship to the Gulf marked a clear shift from its original plans to set up a European-led naval mission there to escort British-flagged oil tankers through the Strait of Hormuz, even though its key allies, Germany and France, have expressed readiness to pitch in. They have, however, been reluctant to support the US initiative out of concerns that they might be dragged into a confrontation with Iran.

The move comes almost a month after Iran's Islamic Revolutionary Guard Corps (IRGC) detained a UK-flagged oil tanker, Stena Impero, in the Persian Gulf, accusing it of violating maritime rules, ignoring warnings from the military, turning off its positioning device, and colliding with an Iranian fishing boat. At the time, Tehran clarified that the seizure hadn't been made in retaliation for the arrest of the Iranian-flagged Grace-1 oil supertanker by Gibraltar's authorities, assisted by UK Royal Marines, earlier that month.

US Secretary of State Mike Pompeo has applauded the UK government for supporting Washington's plan as a "victory for meaningful, effective multilateralism" and heaped praise on his British counterpart, Dominic Raab, for understanding "the importance of protecting international shipping from unprovoked attacks". 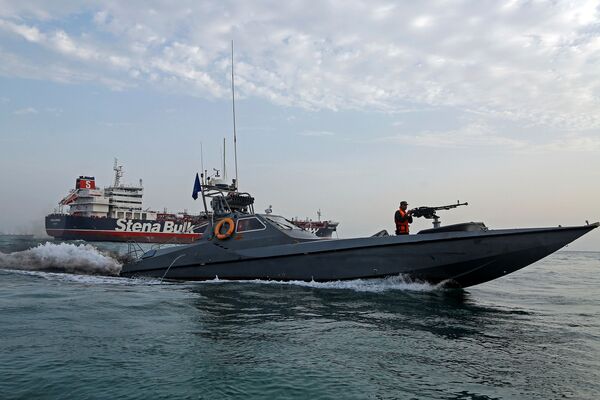 The US had previously invited Germany, France, Japan, Australia, and South Korea, among others, to police the Persian Gulf region, but the UK has been the only ally to have agreed to join Operation Sentinel so far. Iranian Foreign Minister Mohammad Javad Zarif took a swing at Washington, saying that "countries that are its friends are too ashamed of being in a coalition" with the US.

The proposal to put together an anti-Iran maritime coalition was made in the aftermath of a spate of "sabotage attacks" on oil tankers in the Gulf region.

The first incident took place in May when four oil tankers — two Saudi, one Emirati, and one Norwegian — were allegedly targeted in the UAE's waters, while the second episode occurred the following month, when two other vessels — Norwegian and Japanese — were supposedly attacked in the Gulf of Oman. The purported assaults were immediately blamed on Tehran by Washington and its allies, while the Islamic Republic strongly denied its involvement and urged the US to stop "false flag" operations.