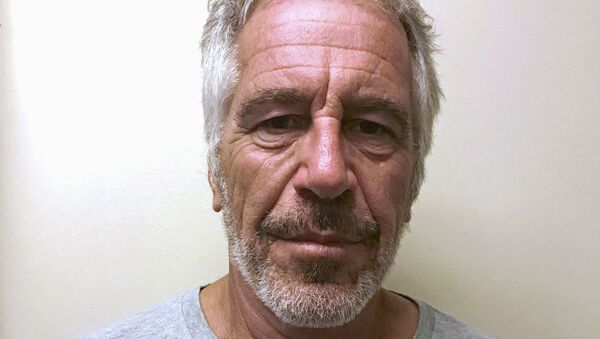 Epstein’s closest aide is said to have piloted underage girls to the so-called Pedophile Island on a luxury Sikorsky helicopter. She is also accused of “recruiting” underage girls for Epstein’s sexual exploits.

The deceased financier Jeffrey Epstein paid for a pilot license for Ghislaine Maxwell – his closest aide, accused of recruiting underage girls for prostitution at Epstein’s “pedophile island” – and also bought her a luxury Sikorsky helicopter, The Daily Mail reported Friday.

The report says Epstein and his aides utilized an entire fleet of aircraft to fly girls to Little Saint James island, including two Gulfstream jets. The Gulfstreams transported the young teenage girls to an airstrip on St. Thomas island, and from there Maxwell flew them on a chopper to Epstein’s estate. The chopper was reportedly nickname Air Ghislaine 2.

“On multiple occasions I saw Epstein exit his helicopter, stand on the tarmac in full view of my tower, and board his private jet with children - female children,” a former air traffic controller at the airstrip told Vanity Fair.

Photos obtained by The Daily Mail reveal that the Sikorsky S-76C owned by Epstein had a lush brown leather interior with mahogany trim and storage compartments, recessed lighting, an iPhone dock and tinted windows. The aircraft cost Epstein $4 million, according to the report.

The helicopter was reportedly registered to Epstein’s Delaware company, Freedom Air International, which shares its address with a company named Air Ghislaine, Inc.

The report says Maxwell, 57, received her pilot’s license in 2007, the same year Epstein made a non-prosecution deal with the court and pleaded guilty to soliciting prostitution, resulting in an 18-month jail sentence. Epstein reportedly resumed his actions as soon as he got out of jail and allegedly continued it for more than a decade, with the last transfer being made as late as this year.

Epstein eventually replaced the Sikorsky chopper with a $6 million Bell 430s, which had a nickname of Air Ghislaine 1.

Maxwell has denied charges of aiding in and participation with Epstein’s abuse of minor teenage girls, despite being implicated by several witnesses, the report says.

Jennifer Araoz, a woman who accused Epstein of raping her when she was 14, extended her lawsuit against the convicted pedophiole to Epstein’s real estate holdings and to Maxwell, personally.

​Epstein, arrested earlier this year and charged with human trafficking, was found dead in his cell earlier this month in what has been confirmed by coroners to be suicide. The late financier is said to have used bed sheets to make a makeshift noose and hang himself on his prison bunk bed.