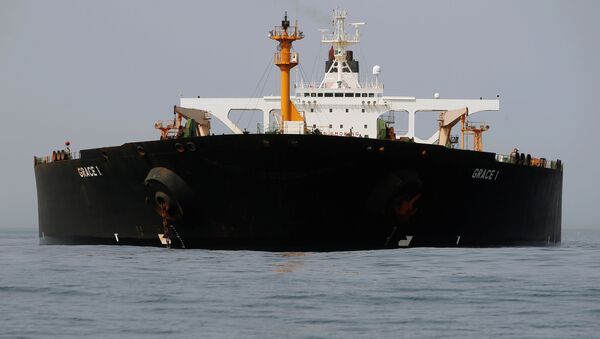 © REUTERS / JON NAZCA
Subscribe
International
India
Africa
Svetlana Ekimenko
All materialsWrite to the author
Iranian vessel the Grace 1, which has been caught up in a heated diplomatic dispute between Tehran and the West, was given permission to leave Gibraltar on 15 August, with the local authorities confirming on Saturday that the US Department of Justice is still seeking to detain the tanker on a number of allegations.

A shipping agent for Iranian supertanker the Grace 1 has claimed that the vessel is prepared to leave Gibraltar in “24 to 48 hours”, despite a last-minute effort by the United States to seize it again, reported AP.

On Saturday the managing director of Astralship, Richard de la Rosa, said logistical preparations had been put into motion, with a new crew of Indian and Ukrainian nationals on standby to take command of the ship.

Data from Refinitiv tracking on Saturday briefly showed the Iranian tanker carrying 2.1 million tonnes of Iranian oil had changed its position status off Gibraltar to underway, but by 12:00 GMT, it said the vessel was still anchored, reported Reuters.

On Friday, the US Justice Department issued a warrant for the seizure of Iranian supertanker the Grace 1. According to it, the vessel, all the oil on board, and $995,000 are subject to forfeiture based on violations of the International Emergency Economic Powers Act (IEEPA), bank fraud, money laundering, and terrorism statutes.

Iranian Foreign Minister Javad Zarif slammed the US attempt to seize Grace 1 just hours before Gibraltar was poised to set it free as piracy.

Having failed to accomplish its objectives through its #EconomicTerrorism—including depriving cancer patients of medicine— the US attempted to abuse the legal system to steal our property on the high seas.

This piracy attempt is indicative of Trump admin's contempt for the law.

The Grace 1, an Iranian vessel which was caught up in a heated diplomatic dispute between Tehran and the West, was granted permission to leave Gibraltar on 15 August, despite the United States still seeking to detain it.

The impounded vessel had been seized by UK Royal Marines and detained for over a month in Gibraltar over allegations of attempting to breach the European Union's sanctions on Syria.

Earlier in July, two weeks after Iran's Grace 1 oil tanker was impounded, Tehran seized the British-flagged oil tanker Stena Impero in apparent retaliation for the detention of the Iranian ship. 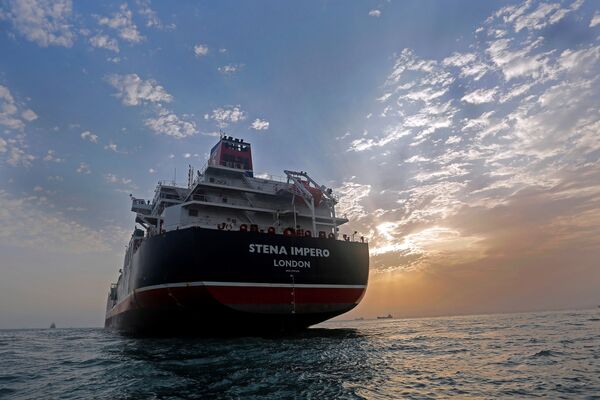 The 23-person crew comprising Indian, Russian, Latvian and Filipino nationals has been stranded on the ship since it was seized in the Strait of Hormuz over what Iran described as a breach of international maritime regulations.

The developments come against the backdrop of a dangerous spike in tensions with Tehran, as Washington slapped crippling sanctions on the Middle Eastern nation after ditching the 2015 Iran nuclear deal, commonly known as the Joint Comprehensive Plan of Action, last year, stopping billions of dollars in business deals and largely halting the sale of Iranian crude oil internationally.

Tensions proceeded to flare up dramatically, with the Persian Gulf witnessing attacks on oil tankers and other high-stakes confrontations, used by Washington as a pretext for beefing up its military presence in the region.

Iran, in its turn, downed a US drone over the coastal Hormozgan area, in its territorial waters, prompting more threats by the United States.