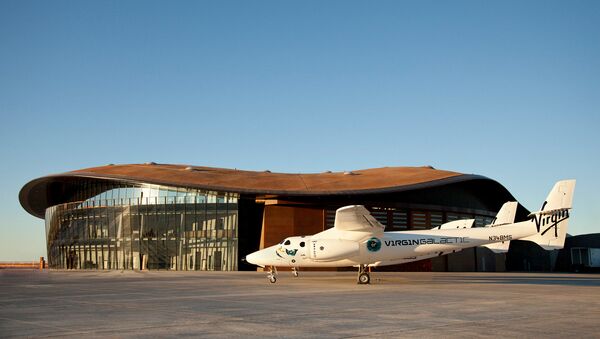 After 10 years and $220 million in New Mexico taxpayers’ money, Richard Branson’s spaceport has opened its doors for business. The 110,152-square-foot complex sports a hangar facility, multi-level terminal and lounge, and the company’s spaceflight operations center.

"It's just a wonderful, special day for us," Virgin Galactic CEO George Whitesides told reporters on Thursday, Space.com reported. "It's just a really important day, to share with you some of the progress and to declare operational readiness."

Dubbed the “Gateway to Space,” the terminal is meant to create "an unparalleled experience" for guests awaiting or returning from their trip to the Earth’s outermost limits. 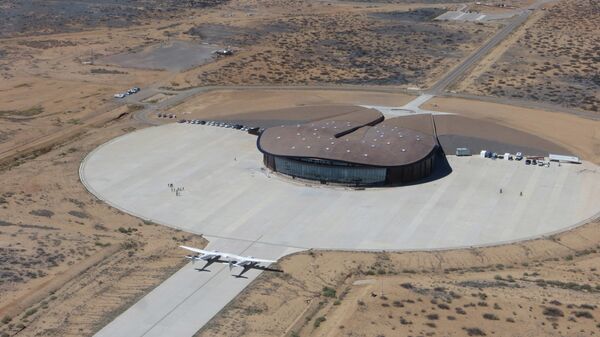 The terminal’s three levels were shown off to the media on Thursday in a special event.

The first floor, which hosts the main lounge area, is dubbed “Gaia,” and features a coffee bar and spaces for sitting, reading or social interaction. Its color scheme is meant to reflect the surrounding Chihuahuan Desert, Virgin Galactic representatives said.

"The Earth-focused design will provide a fitting welcome to those newly graduated astronauts returning from space with a new appreciation and understanding of our home planet," a company statement noted. 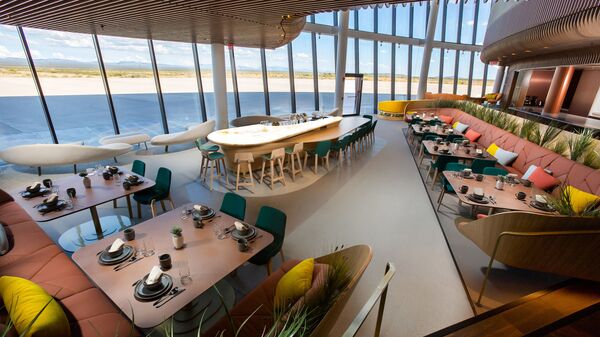 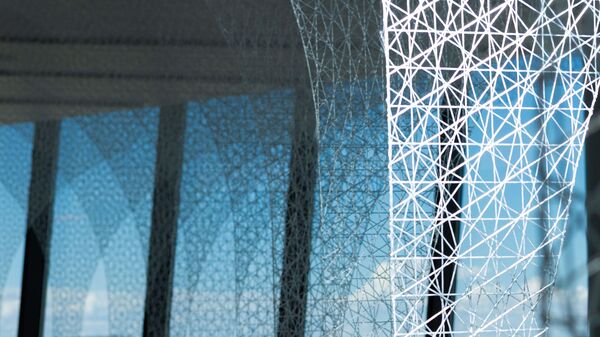 The third floor won’t be ready for a couple more months, but that’s where the astronaut lounge is located.

Out of the vast hangar bay operate two WhiteKnightTwo planes, such as VMS Eve, the 140-foot-wingspan spaceplane that can transport up to six passengers to a lofty altitude of 50,000 feet. At that point, SpaceShipTwo drops away from the plane and fires up its rocket, propelling passengers to a suborbital altitude of up to 51 miles, just beyond the US government’s definition of space but still short of the international definition of 62 miles above the Earth.

We guess that means you can only “enter space” over the United States? 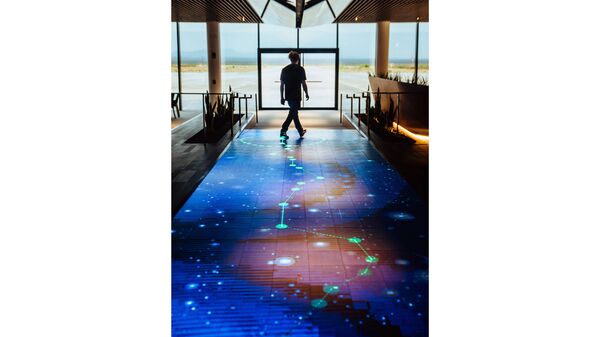 An interactive floor at Gateway to Space
© Virgin Galactic

After a few brief minutes in “space,” the rocket begins its descent using a protective “feathered reentry” device that acts effectively like a tail on a badminton shuttlecock, slowing the craft without producing the intense heat associated with the atmospheric reentry of spacecraft like the Space Shuttle. After reaching an altitude of 15 miles, the craft glides the rest of the way down to the runway, to deliver the newly-minted astronauts to the terminal once more.

For this exhilarating experience, you need only shell out $250,000. About 700 people have already booked their flight, according to SpaceNews.

Eve and her sister plane, Unity, have flown several missions in recent years, the most recent of which saw four passengers lifted into space in February 2019. However, those flights flew out of the Mojave Air and Space Port in southern California, where Virgin Galactic was previously based. The company says future flights will now operate out of the Gateway to Space.