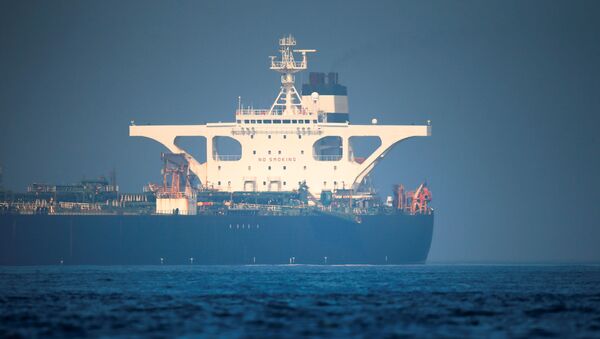 TEHRAN (Sputnik) - Iran has not provided any guarantees that its oil tanker Grace 1, released from Gibraltar on Thursday after being held there for over a month for allegedly carrying oil to Syria in violation of EU sanctions, will not go to Syria upon its release, the spokesman for Iran's Foreign Ministry, Abbas Mousavi, said on Friday.

"Iran has not given any promise that Grace 1 tanker will not go to Syria," Mousavi said, as quoted by Tasnim news agency.

Mousavi confirmed the Foreign Ministry's statement that the oil tanker was not heading to Syria when it was detained off Gibraltar's coast on July 4. Meanwhile, he noted that Iran was providing to Syria support in such spheres as energy and oil.

The vessel was released after Gibraltar received assurances from Iran that the tanker was not going to deliver its cargo to Syria. Its captain and three crew members were also set free.

Earlier in the day, Jalil Eslami, the deputy head of Iran's Ports and Maritime Organization said that the tanker would head to the Mediterranean Sea under a new name of Adrian Darya.