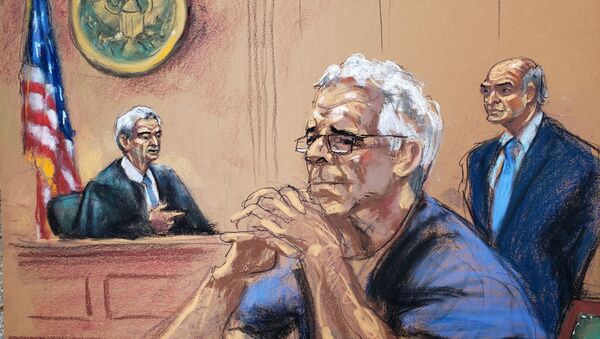 The New York Medical Examiner's Office released its official autopsy report on financier and accused sex trafficker Jeffrey Epstein on Friday, finding that he died from suicide by hanging.

On Thursday, the Washington Post reported, citing unnamed sources, that Epstein's autopsy had found "multiple breaks in his neck bones," noting that while that kind of damage can be obtained by self-hanging, "they are more common in victims of homicide by strangulation." However, Friday's official report concluded the bones were broken by Epstein kneeling toward the floor with sufficient force to break them, having fashioned a noose from a bedsheet tied to a set of bunk beds, the New York Times reported.

Epstein, 66, died six days ago in his cell at the Metropolitan Correctional Center in Manhattan while he awaited trial on federal sex trafficking charges. Due to his having attempted suicide only weeks earlier and his high profile status, Epstein's death aroused a host of conspiracy theories that he had been murdered by powerful friends who feared he might expose their connections to his alleged pedophilic sex ring in his upcoming trial.

The fear of conspiracy was sufficient to prompt Republican Senators Ron Johnson and Chuck Grassley to pen a letter to Attorney General William Barr earlier on Friday asking that Epstein's full autopsy be released. Barr has pledged that in Epstein's death, “any co-conspirators should not rest easy.”

Epstein's death is the subject of four federal investigations, including the conduct of the guards assigned to him the night of his death.

NBC reported Friday that a mysterious "Epstein associate" had filed for control over the billionaire financier's remains following the autopsy.