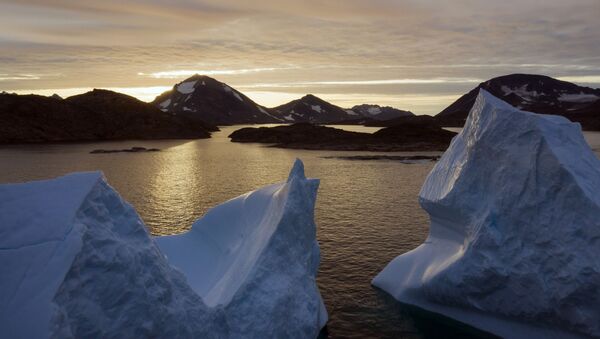 The president is said to be considering the biggest land deal in US history, but the governments of Greenland and Denmark – as well as numerous Americans – have not taken kindly to the idea.

Greenland is perhaps not the most obvious topic to be trending on Twitter, but this is what has been on everyone’s lips following reports about US President Trump’s interest in Denmark’s biggest asset.

Trump, a real estate tycoon, is sizing up Greenland due to its untapped natural resources and good strategic position, according to a Wall Street Journal Report.

The president did not comment on the rumours, but Greenland’s foreign affairs ministry said the island is not up for grabs, while Danish politicians widely ridiculed the idea.

The Greenland daze has taken over social media, with Trump coming in for a good share of mockery.

“We’re buying Greenland, folks, and Denmark’s going to pay for it,” US author Jonathan Chait joked in a play on Trump’s famous phrase that Mexico would pay for his border wall.

Trump wants to buy #Greenland? Let’s make him find it on a map first.

The craziest thing about Trump wanting to buy Greenland is it’s only like the 4,876th most insane thing he’s said since saying he wanted to create a Space Force.

Before we buy Greenland we should take care of Puerto Rico.

The news has spawned a humorous hashtag #AnnexGreenland…

…but there are concerns that a prospective US territorial expansion would come at a heavy price for the pristine Greenlandic nature.

Makes sense. With his climate policy, Trump is probably thinking of turning it into a beach community!

Trump would destroy Greenland by building a Trump Tower, golf course & skyscrapers (using Russian money), while killing all wild life and destroying the ice sheets that holds fresh unpolluted water. No. Way. Ever!

There were plenty of alternative proposals, too.

How about a trade? Say San Francisco for Greenland? https://t.co/kgROIukndl

If we sell California to China to pay off debt and annex Greenland, we don’t even need a new flag. Everyone wins.

One Danish user quipped that while Denmark sold what now is the Virgin Islands to the United Sates in 1917 for $25 million, the Greenland deal would be “a bit more expensive”.

Why spend money on American’s healthcare when you can...buy Greenland!

Why improve our public schools when you can...buy Greenland!

Why rebuild our crumbling infrastructure when you can...buy Greenland!

This presidency has exploded into parody. It is beyond insane.

However bizarre the idea might sound today, this is not the first time a US president has thought up such a deal.

In 1946, according to unearthed documents from the National Archive, President Harry Truman considered buying Greenland for $100 million, but the proposal wasn't accepted by Copenhagen.