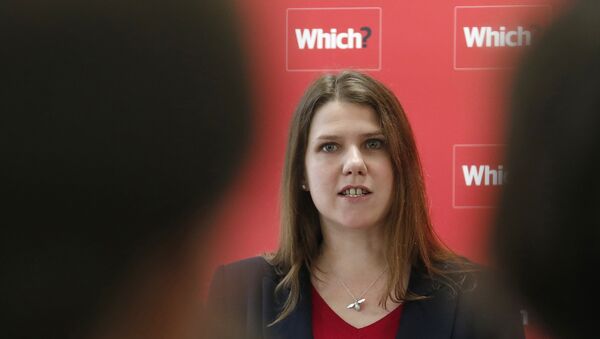 The Brexit impasse appears to have entered uncharted waters, with a cross-party union, spearheaded by Labour’s Jeremy Corbyn, looking all the more likely in an effort to stamp out the possibility of a no-deal Brexit once and for all.

The leader of the Liberal Democrats, Jo Swinson, has emphasised that she would be willing to work with Jeremy Corbyn’s Labour Party to prevent a no-deal Brexit from coming to fruition, but underlined her position that Mr Corbyn is not the man to become the UK’s next Prime Minister.

Miss Swinson argued on BBC Radio 4’s Today Programme on Friday August 16 that veteran Conservative party seniors Ken Clarke and Harriet Harman are prepared to lead what is being described as a “caretaker” government to oversee the Brexit process in the event that Boris Johnson is shoved out of No.10 Downing Street by a no-confidence vote.

“I have been in touch with them [Clarke and Harman] because obviously you don’t just mention people’s names without checking that they’re OK with that,” Miss Swinson said live on air.

Breaking News: Swinson proposes a raffle with an MPs name being pulled out of a hat to decide who stops Johnson's government, but insists the Labour leaders name doesn't go in the hat because.. something... something...

“They put public duty first, and they don’t want to see a no-deal Brexit, and if the House of Commons asks them to lead an emergency government to get our country out of this Brexit mess and to stop us driving off that cliff to a no deal, then yes, they are prepared to do that and I think that is to their credit.”

Lib Dems leader @joswinson says Ken Clarke and @HarrietHarman are "prepared" to lead an "emergency government to get our country out of the Brexit mess" if Parliament asks them to. "If Jeremy Corbyn has another suggestion... let's talk about it" #r4today https://t.co/tmi4C3qGxP pic.twitter.com/xTDMw4wAXh

Miss Swinson’s comments come hot on the heels of a letter that was sent by Jeremy Corbyn to the leaders of various opposition parties, including the Scottish National Patty (SNP), the Welsh Plaid Cymru, the Green Party and Conservative party rebels. In the letter, Mr Corbyn reportedly outlined his ‘plan’ to topple Boris Johnson’s government through a no confidence motion, push the Brexit deadline beyond October 31st and to hold a general election under a “strictly time-limited” caretaker government with him as Prime Minister.

While the SNP and others have suggested that they support Mr Corbyn’s proposal, the big shock has come from the fact that a number of senior Tory rebels, particularly Dominic Grieve, Oliver Letwin and Caroline Spelman, have agreed to sit down for talks with the Labour chief to discuss ways to kill the possibility of a no-deal outcome.

Despite Mr Corbyn’s reach across the political aisle, Miss Swinson quickly gunned down the idea on Wednesday, slamming it as “a nonsense.” That response quickly earned Miss Swinson the scorn of other party leaders, with the SNP’s Nicola Sturgeon allegedly describing her as “daft.” Yet, Swinson now appears to have struck somewhat of a U-turn by reaching out to Mr Corbyn in a letter that is said to have described the ways in which the LibDems and Labour could work together to thwart a no-deal Brexit.

“I’ve always said I wanted to talk to him [Corbyn] about it [preventing no-deal Brexit], and I think that dialogue is really important between anyone who wants to stop a no-deal Brexit,” Swinson told the Today programme.

“I think we have to focus on how we can actually succeed in stopping a no deal because the clock is ticking,” she added.

Corbyn and Starmer have already been in negotiations with the EU. Corbyn leads the biggest party in HofC. Corbyn is trying to unite Leavers & Remainers & is the person to lead the caretaker govt. #caretakerpm

However, the LibDem leader has continued to double down on her assertion that Mr Corbyn does not have the sufficient parliamentary support to become Prime Minister, even in a caretaker capacity - “the number’s just don’t stack up,” Swinson has argued.

“I want to deliver us staying in the European Union, I want to stop Brexit and I recognise that what we need to do with immediate urgency is stopping a no-deal Brexit. But people in No 10 – Dominic Cummings, Boris Johnson – they will be rubbing their hands that that we are talking about a plan here that has no chance of success,” Swinson said of Corbyn’s proposal on the Today Programme.

At the same time, incumbent Prime Minister Boris Johnson has hectored those senior Tory MPs who are planning on colluding with Mr Corbyn to prevent a no-deal Brexit by saying that “the referendum result must be respected. We will leave the EU on 31st October.”

The referendum result must be respected.
We will leave the EU on 31st October. #LeaveOct31

More broadly, Mr Corbyn’s plan has further opened up rifts within the Tory party over Brexit. MP for South West Hertfordshire, David Gauke, Tweeted that, “if anyone thinks the answer is Jeremy Corbyn, I think they’re probably asking the wrong question.”

If anyone thinks the answer is Jeremy Corbyn, I think they’re probably asking the wrong question.

On the other hand, Welsh Tory MP Guto Bebb, has made an unprecedented break from his party, saying that he would believed a “short-term Jeremy Corbyn government” would be “less damaging” than the “generational damage” of a no-deal Brexit.

“Those who have said they will do anything necessary to stop the long-term damage of a no-deal exit must take seriously this type of offer,” Mr Bebb told the BBC.