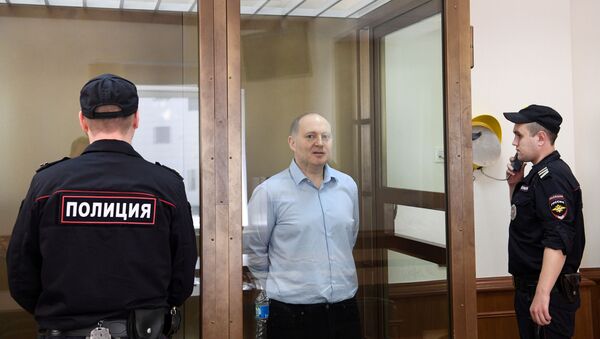 MOSCOW (Sputnik) - As Russian investigator and prosecutor upheld on Thursday the complaint of the defence of Philippe Delpal, a French banker charged with defrauding a Russian lender of almost $40 million, against his detention, the Moscow city court released the banker on house arrest, a Sputnik correspondent reported from the courtroom.

Delpal, a partner at the Baring Vostok private equity group, was arrested in February along with its founder, US national Michael Calvey. A Moscow court ruled on July 9 to keep Delpal in custody for three months.

"To cancel the decision of Moscow's Basmanny district court ... To set house arrest as the precautionary measure for Philippe Delpal," the judge said.

"Delpal's family have purchased a flat. Moreover, he is charged with economic crime. I believe that house arrest will not hinder the investigation," the prosecutor said.

Russian investigators suspect that Delpal and Calvey have persuaded Vostochny Bank stakeholders to accept a controlling stake in a small company, estimated at 3 billion rubles. The prosecutors' evaluation of its cost was 600,000 rubles.