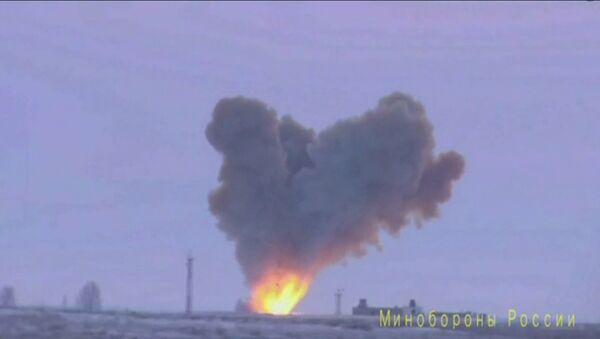 MOSCOW (Sputnik) - The United States is deliberately attempting to find pretexts to evade the extension of the New START treaty in 2021, Vladimir Yermakov, director of the Russian Foreign Ministry's Department for Non-Proliferation and Arms Control, told Sputnik on Thursday.

"We are recently hearing more and more often US officials express their doubts about the need to extend the START Treaty. It is hard to perceive it other than the deliberate preparation of the information background they need and the invention of pretexts to avoid extending the agreement after its expiration in February 2021, while gaining complete freedom of hands to build up its nuclear arsenals, regardless of the detriment to strategic stability and international security," Yermakov said.

The diplomat stressed that attempts to link the extension of the New START Treaty with Russia's tests of supersonic cruise missiles are unfounded.

"If you really try to understand the essence of the issue, then, first of all, it should be noted that the START Treaty covers rather specific categories of strategic weapons defined in it, namely: intercontinental ballistic missiles [ICBMs], sea-launched ballistic missiles [SLBMs], heavy bombers and launchers of ICBMs and SLBMs. The treaty does not cover any other weapons. Nor does it cover R&D work on other weapons. Therefore, linking the issue of the hypothetical prolongation of the START agreement with any weapons that do not belong to these categories is absolutely wrong," he said.

Reuters reported on Tuesday, citing an anonymous source in the US administration, that the White House believes that Russia's development of hypersonic cruise missiles questions the extension of the START nuclear agreement for another five years.