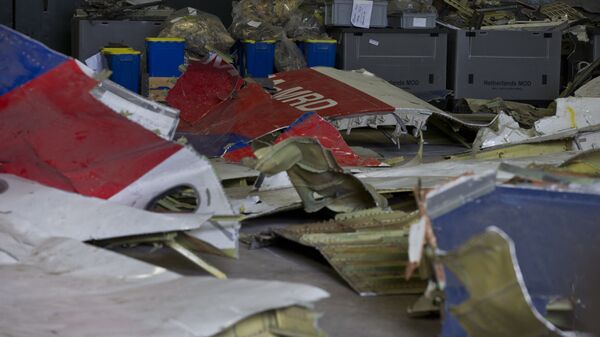 © AP Photo / Peter Dejong
Subscribe
MOSCOW (Sputnik) - Ukraine has handed over the criminal records of three Russians and one Ukrainian, who are suspected of being involved in the downing of Flight MH17 in 2014, to the Netherlands, Ukraine's Security Service (SBU) said Wednesday.