Turkey Building Second Base in Qatar Amid Gulf Tensions - Reports 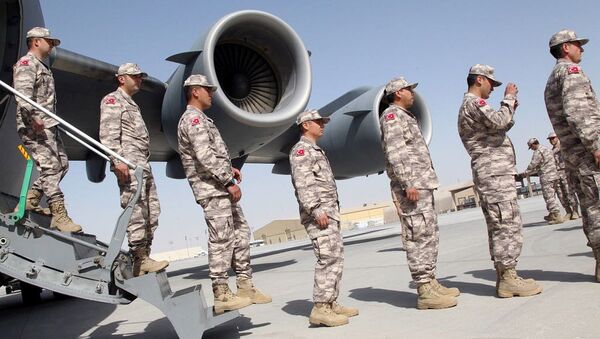 Turkey established its first military base in Qatar in 2017, on the basis of a bilateral security agreement signed in late 2015, with the base said to be part of a broader security effort by the two countries to confront unspecified “common enemies.”

Turkey is nearing the creation of its second base in Qatar, with the facility expected to be inaugurated in the autumn by Qatari Emir Tamin bin Hamad Al Thani and Turkish President Recep Tayyip Erdogan, Turkey’s Hurriyet Daily News newspaper has reported.

According to the outlet, the base is set to be situated not far from the Tariq bin Ziyad military base in southern Doha, where Turkey’s existing base containing about 3,000 troops is situated. Construction of the new base is said to be already completed.

Saudi Arabia and the United Arab Emirates have pressured Qatar to end its military cooperation with Turkey, with the two countries and their allies placing the tiny Gulf kingdom under a blockade in mid-2017. Turkey responded to the pressure by deploying more troops to the country, leading to a cooling of relations between Ankara and Riyadh.

Calling the Turkish presence in the Gulf a “counterbalance” to both Iran and Saudi Arabia, Hurriyet pointed to Qatar’s vast natural gas riches, and stressed the importance of the base, especially “when we consider the energy wars in the region, [the] US’s agenda oriented at Iran, Iran’s possible manoeuvres using its Shia population and the Gulf countries’ – especially Saudi Arabia’s covert or overt operations toward Turkey.” 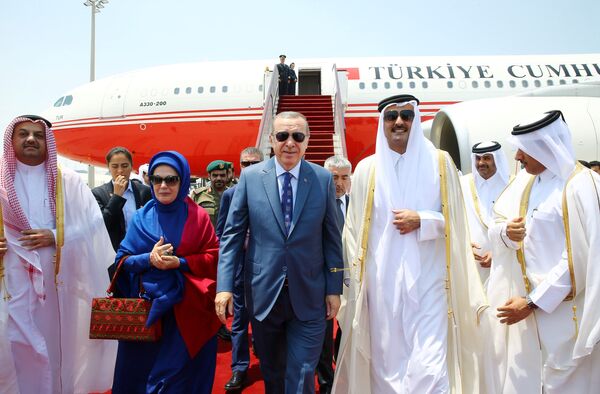 Earlier this year, ahead of the delivery of Russian-made S-400 air defence systems to Turkey, Turkish officials reportedly considered deploying these systems in Qatar to avoid exacerbating Turkish-US tensions. Along with Qatar, Turkey has military personnel or bases in Azerbaijan, Northern Cyprus, northern Iraq, Somalia and northern Syria.

Tensions in the Persian Gulf region have escalated in recent weeks amid plans by the US and its allies to build a ‘maritime security coalition’ to ensure safe passage for commercial vessels through the Strait of Hormuz and the Persian Gulf. Iran has urged outside powers to stay away, stressing that regional powers are perfectly capable of ensuring maritime security in the region.