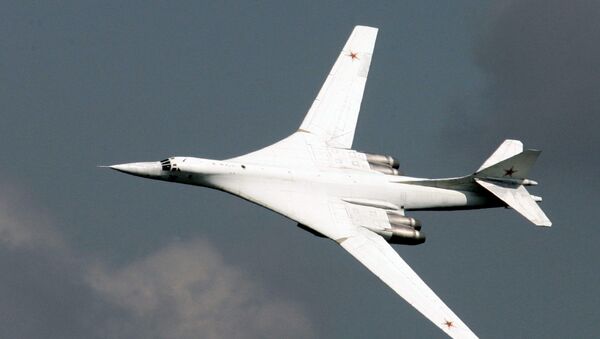 Egor Efimchik
All materials
Tu-160 ‘White Swans’ were sent to the town of Anadyr in Chukotka as part of tactical drills which also involve Tu-95MS strategic bombers.

Two Russian Tu-160 heavy strategic bombers have been repositioned to an airfield in Anadyr, the country’s easternmost town in the Chukotka Peninsula, according to the Russian Defence Ministry.

The ministry said that each aircraft had covered over 6,000 kilometres in just over eight hours before landing in Anadyr, not far from the US border.

The two bombers were deployed to Chukotka as part of ongoing tactical exercises that will last till the end of the week, defence officials noted. Taking part in the drills are about ten planes, including the Tu-160s, Tu-95MS bombers, and IL-78 air-to-air refuelling tankers.

The Tu-160s made their first-ever landing in Anadyr a year ago during similar drills.

Last month, the Defence Ministry published footage from a scheduled flight of two Tu-160s in the neutral airspace above the Baltic Sea.

In late 2018, just days after a Maduro-Putin meeting in Moscow, Russia sent a couple of Tu-160s to Venezuela to take part in interoperability drills, stirring a notable backlash from the United States.

The Tu-160 (NATO designation: Blackjack) is a supersonic missile carrier bomber, developed in the 1970s by aerospace and defence company Tupolev. It is considered the largest and heaviest supersonic aircraft ever built and is dubbed the “White Swan” for its vast wingspan, painted with anti-flash white.