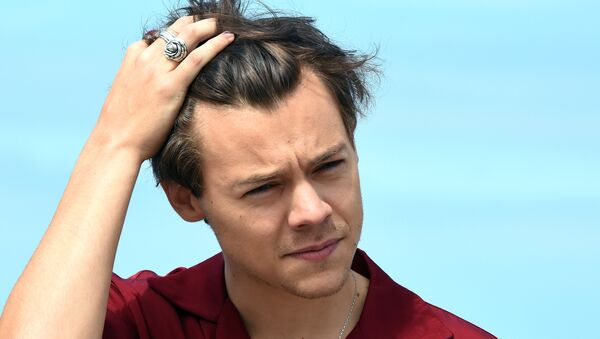 Fans of British singer Harry Styles, 25, were excited after news broke earlier this week that he had gained one of the lead roles in the upcoming Disney screen version of "The Little Mermaid".

'The DisInsider' a website claiming to be an "exclusive source" of Disney news said that Styles had auditioned for the role of Prince Eric in "The Little Mermaid",  according to The Daily Star newspaper.

In particular, The DisInsider claimed, without citing a source, that "Styles has officially signed on to the project”.

Fans of the British singer instantly took to social media follwoing the news, and pictures with “Prince Eric” and “Harry Styles” went viral across the globe.

THIS IS NOT A DRILL!!! Harry Styles is playing Prince Eric and ALL our dreams have suddenly come true 😭😭😍 pic.twitter.com/DEHcMVe3JI

Harry Styles is officially playing prince eric, do you hear me SCREAMING!! pic.twitter.com/2laG6Fb3BS

Fans were later shocked when CBS Interactive employee James Viscardi tweeted late on Tuesday that the US-based movie studio has not signed a contract with Styles.

According to The Daily Star, citing sources, the famous UK singer turned down the role of Prince Eric. Another wave of posts with devastated fans instantly took first positions in social media trends.

WHAT........🤔 Harry Styles turns down the role of Prince Eric I have never felt this offended before in my whole entire life! WHY HARRY?! 🤷‍♀️🧜‍♀️ @Harry_Styles

According to US-base media reports, Halle Bailey will star as Ariel in the upcoming adaptation of The Little Mermaid. Bailey will reportedly join Jacob Tremblay and Awkwafina in the film, which will be directed by Rob Marshall, who filmed Mary Poppins Returns.

The screen version will reportedly include the original soundtrack from the 1989 cartoon, as well as new melodies from one original composer, Alan Menken, who will be joined by Hamilton creator Lin-Manuel Miranda.