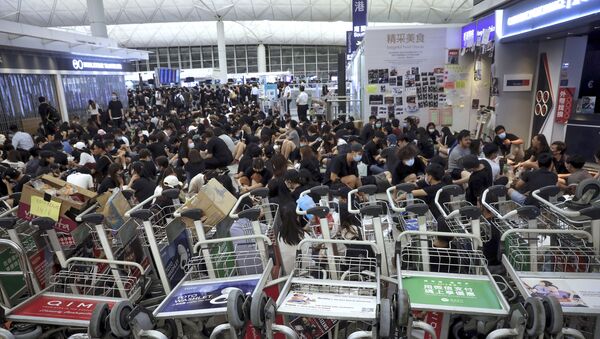 "We strongly condemn these near-terrorist acts and also express our support for the injured Hong Kong police officer and compatriots from mainland China," Xu said in a statement.

According to Xu, on Tuesday evening, two China's mainland residents were beaten by protesters at Hong Kong airport.

A Shenzhen resident, who had arrived at the airport to pick up friends, was in particular captured by protesters and beaten. The activists also prevented medical staff from providing assistance to him and it took the police four hours to remove the man from the aggressive crowd.

Overnight into Wednesday, the protesters also captured and beat a China's Global Times newspaper correspondent suspecting that he is a member of the Chinese security services.  Both injured men are still in a hospital. 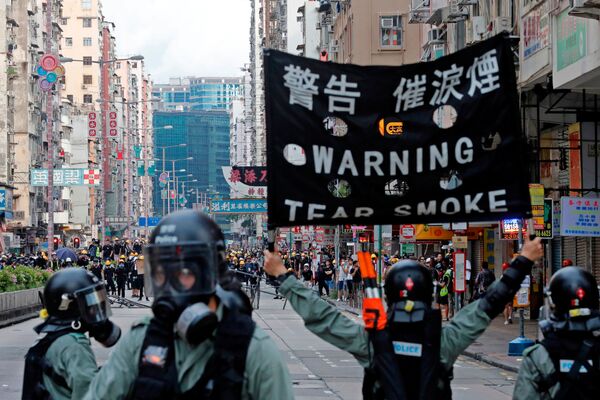 Hong Kong police said on Wednesday that they arrested five people for possession of offensive weapons and assaulting officers amid protests at Hong Kong International Airport.

Mass rallies erupted in Hong Kong in early June as the authorities were considering adopting a bill that would allow the autonomous Chinese city to extradite suspects to jurisdictions with which it did not have an extradition agreement, including mainland China. Pressured by the protests, the government indefinitely suspended the bill and city's Chief Executive Carrie Lam issued a public apology. However, the protesters still demand the complete withdrawal of the extradition amendments and also call for investigations into the actions of police during previous protests.