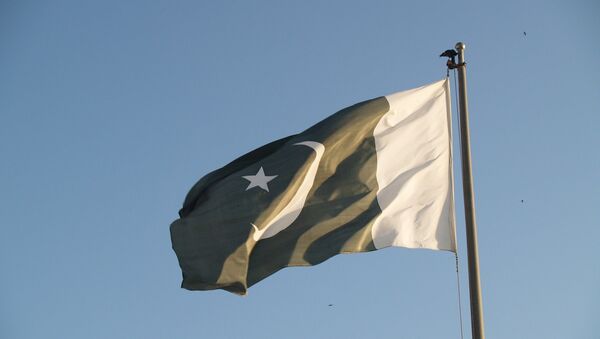 CC0 / /
Subscribe
New Delhi (Sputnik): While Pakistan is celebrating its independence day, the people of Balochistan have found major support from Indians on social media in their bid to highlight alleged mistreatment by the Pakistan army.

Free Balochistan and Balochistan Solidarity Day were among top Twitter trends globally with thousands of people expressing their solidarity with the Baloch people.

Organisations like the Baloch Republican Party (BRP), Balochistan National Movement (Zrombesh), Balochistan People's Party, Nation without States, have been calling for independence from Pakistan which they claim has occupied the territory since 1948.

The Baloch people say they gained independence from the British on 11 August 1947. This claim has been disputed by Pakistani leadership which describes Balochistan as comprising of four provinces; Makran, LasBela, Kharan and Kalat.

A member of the Free Balochistan Movement, which organised a seminar in London to mark Baloch Independence Day on Tuesday, claimed the region was never part of Pakistan.

Today on 14th August, whole of the🇮🇳 is supporting BALOCHISTAN people & their struggle for the freedom.

Millions of baluchi has been abducted & killed by Pak forces after they illegally occupied Baluchistan !#BalochistanIsNotPakistan#BalochistanSolidarityDay#14AugustBlackDay pic.twitter.com/6imrDiCKTj

In Pakistan occupied Balochistan, Why:

-Media banned in many Baloch regions?#BalochistanSolidarityDay

​FREE BALOCHISTAN FROM THE TYRANNY OF PAKISTAN’S TERROR FUNDING REGIME. STOP KIDNAPPING AND ABUSING THEIR WOMEN. DOWN WITH ISI AND IMRAN KHAN.

Today is Balochistan Day. This is a day to remember the silent war Pakistan has waged in Balochistan ever since it unlawfully annexed this resource-rich region. Balochistan, Pakistan’s Achilles heel, is becoming the new East Pakistan because of military killings and mass graves.

​Some netizens said the reason for supporting Baloch is the age-old saying that suggests: if you stay silent in the face of injustice towards your neighbour, you will be next.

#BalochistanSolidarityDay
If you stay silent during unjustice with your neighbor, you are next...
We all should come together in the support of balochistan, not just as an answer for Kashmir, but on humanitarian ground and do what we did for Bengal in 1971..

Meanwhile, in Pakistan, the Imran Khan-led government is stressing that it has undertaken several social sector initiatives as promised in election manifestos last year. Khan vowed to empower the Balochistan government to launch and champion large-scale efforts for political reconciliation.

In particular, Khan mentioned significant local participation and stakes in developmental projects, including the China-Pakistan Economic Corridor, especially in Gwadar.

Nevertheless, a segment of Pakistanis has lambasted Indians for supporting the movement in Balochistan even though the region is not a disputed territory.

Indians trying hard to relate Kashmir with Balochistan. Poor people, they don't even know that Balochistan is not a disputed territory. It's part of Pakistan since 1947 and all over the world this fact is accepted.
Jaahil or anparh log#IndependenceDay #BalochistanSolidarityDay

People of Pakistan stand united for the rights of the Kashmiri people. These images depict Independence day preparations in Balochistan to express solidarity with Kashmiri people.#IndependenceDay #PakistanStandsWithKashmir #KashmirBanyGaPakistan pic.twitter.com/NbHapkJFAI

Haha... I bet u & invite u to Balochistan & would ask u to get views of balochis over living in Pakistan i'm saying with all my confidence they ll slap u much harder & ll tell u that how much they love being Pakistani just some paid ppl couldn't make propaganda against Pakistan.