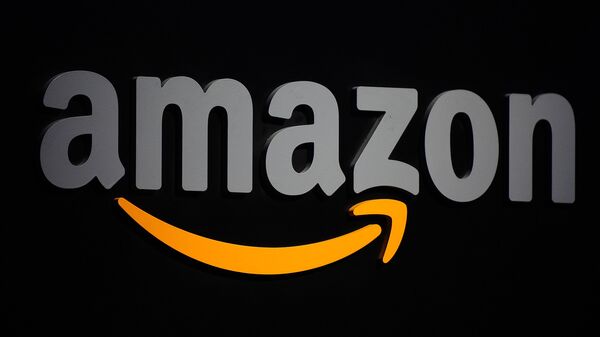 Svetlana Ekimenko
All materialsWrite to the author
Earlier in August Amazon Web Services said that its Rekognition tool can now detect violent content such as blood, wounds, weapons, self-injury, corpses, as well as sexually explicit content, while fending off concerns regarding its potential use in surveillance and privacy violation.

Amazon Web Services (AWS) has added several new features to its facial-recognition software, Rekognition, including expanded age and gender recognition capabilities, and the new ability to recognise fear, the tech giant announced in a blog post on 12 August.

“With this release, we have further improved the accuracy of gender identification. In addition, we have improved accuracy for emotion detection (for all 7 emotions: “Happy”, “Sad”, “Angry”, “Surprised”, “Disgusted”, “Calm” and “Confused”) and added a new emotion: “Fear,”” said AWS.

Earlier this month AWS also announced that its upgraded Rekognition software was now capable of identifying violent content such as blood, wounds, weapons, self-injury, as well as sexually explicit content.

Rekognition is one of many Amazon Web Services cloud services available that is used for facial and sentiment analysis, identifying expressions and predicting emotions from images of people’s faces, as its AI “learns” from the data it processes.

As Artificial intelligence researchers have invested heavily in software development that could read a person’s emotions by analysing facial features, movements and voice, some experts claim that while there is scientific evidence suggesting a correlation between facial expressions and emotions, people communicate emotions differently across the spectrum of cultures and situations.

“it is not possible to confidently infer happiness from a smile, anger from a scowl, or sadness from a frown, as much of current technology tries to do when applying what are mistakenly believed to be scientific facts.”

The increased availability of facial recognition technology, been raising privacy concerns and and worries surrounding the technology's potential use in surveillance. 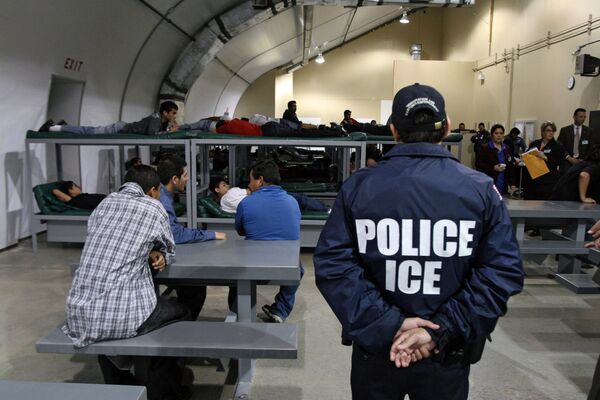 An Immigration and Customs Enforcement (ICE) officer guards a group of 116 Salvadorean immigrants that wait to be deported,at Willacy Detention facility in Raymondville, Texas on December 18, 2008
© AFP 2022 / Jose CABEZAS

Rekognition has also been controversial due to its use by law enforcement agencies.

In July, Business Insider reported a group of Amazon employees had sent out an internal email urging Amazon to stop working with the big data company Palantir, which works with the federal agency Immigration and Customs Enforcement, demanding Amazon take a stand against ICE by making a statement establishing its position against immigration raids, deportations, and camps for migrants at the border.

A year ago, Amazon was similarly pressured by employees over sales of facial recognition services to law enforcement.

AWS has insisted its technology is used by organisations that work with law enforcement to advocate for victims of crime.