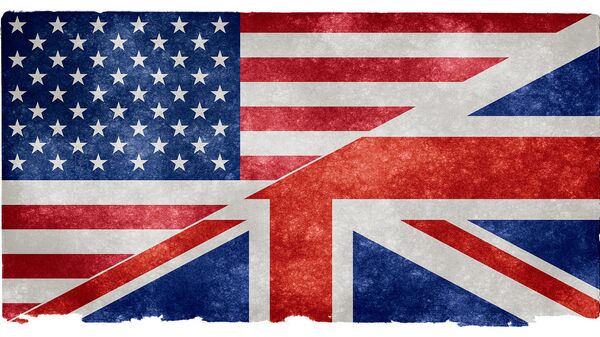 The US National Security Adviser, John Bolton, has said that the UK will be "first in line" for a trade deal. Bolton confirmed that the US supported a no-deal Brexit and added that Washington would propose an accelerated series of trade deals, triggering concern that the UK would have to give in to some US demands in return for any agreement.

According to political analyst Patrick Henningsen, the trade deal between the US and the UK could contribute significantly to the British economy in case of a general election.

SPUTNIK: The UK is "first in line" for a trade deal with the US, President Trump's National Security Adviser announced on Tuesday, while declaring his support for a no-deal Brexit. How significant are these announcements from John Bolton today?

Patrick Henningsen: It's significant in two ways and you have to look at this in that you have two possible beneficiaries of what's going to transpire - the United States and Britain. You have a new prime minister in Britain who certainly has a lot to gain from a bilateral trade deal with the United States. For the US this could also bolster the Trump administration to show that the 'special relationship' with Great Britain is alive, well and stronger than ever and that his links and ties to this new prime minister in Britain are very strong much better in fact than the previous May government. In terms of the importance of the bilateral trade deal, this could be a major injection to the British economy going into a general election. John Bolton is clearly signalling that he is supporting Boris Johnson in a general election - that's how you have to look at this. The United States could also benefit economically but it pales in comparison to how Britain would benefit in terms of jobs or access to US markets for British products but especially in terms of the automotive manufacturing sector in Britain. There could be announcements of American plants being set up here or expanded operations in Britain of American cars or joint ventures. Also the defence industry, this is a huge area for Britain to capitalise on, in partnership with the United States. There are benefits on both sides but overwhelmingly, this is a short term strategic move that's going to bolster Boris Johnson's general election bid in the run-up to late October/early November.

SPUTNIK: What would a US/UK trade deal look like? What effect would a deal have on national institutions like the NHS and industries such as the UK agriculture sector?

Patrick Henningsen: Britain has to be very careful of the predatory tendencies of US transnational corporations but really when you drill down to it they are transnational corporations and they have just as much membership and party to business transactions and profits with the City of London in some cases, even as they do with Wall Street. There is the business class, the transnational business class, that sits above national interests and I think that's something that people need to realise but it could be very problematic for the UK in terms of trends towards deregulation. Clearly this president in the US wants to dictate every aspect of any bilateral trade deal and of course they'll want to push for deregulation; they'll want to push for prioritisation; so I would be very worried that an institution like the NHS might be a target for what we might call corporate raiding, privatisation or asset stripping. This is something that the Tory government is known for in fact their stock in trade is asset stripping right the way back to Margaret Thatcher's tenure as prime minister. This is something that I think the British public, the British electorate, need to be very wary of. This could be sold in the short term as this great economic injection and you can already see the announcements that have already been prewritten by the Chancellor of the Exchequer and the Minister of Business and Commons that will say that 'We've created this many new jobs this quarter because of this fantastic bilateral trade deal with the United States.' but in the end, is the country fundamentally stronger economically really? Is British manufacturing really expanding? Is Britain really creating wealth? Or is it merely becoming the 51st state of the United States in such a bilateral trade arrangement?

SPUTNIK: What protections should the British government be implementing to make sure any trade deal is as smooth as possible?

Patrick Henningsen: This is really going to be up to whether or not there's a viable opposition in Parliament. Right now you effectively have the Tory government which was operating as a coalition and Labour is divided down the middle in so many different ways for various other reasons. If there's not a viable opposition on the other side of the aisle in the British Parliament then you're going to have a major problem. You could have a situation where this deal could be rushed through and the US, its corporate machine with the partnership of the Tory government as enablers, could run roughshod over large sections of the British economy in terms of deregulation and asset stripping. These are things that people should be very worried about - there are all sorts of potential problems. There are short term potential gains but there are long term fundamental potential economic problems.

Views and opinions, expressed in the article are those of Patrick Henningsen and do not necessarily reflect those of Sputnik.