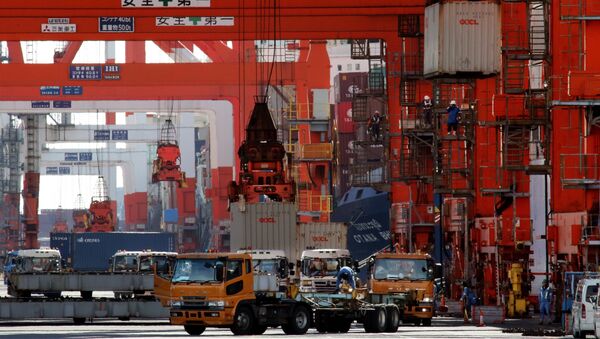 US trade tariffs against Beijing will moderately slow Chinese economic growth this year, the International Monetary Fund (IMF) said in a news report earlier in August.

US President Donald Trump has commented on the tariff's delay, saying that his administration decided to postpone tariffs on some Chinese imports to avoid hurting US shoppers before the Christmas holidays.

"We're doing this for the Christmas season", Trump stated.

The Office of the United States Trade Representative (USTR) earlier said in a statement that Washington will delay tariffs on Chinese products including cell phones, laptops and video games until 15 December.

The list of products on which tariffs will put off until December include "computers, video game consoles, certain toys, computer monitors, and certain items of footwear and clothing", the USTR said in a statement.

A separate group of goods will be altogether exempt  "based on health, safety, national security and other factors", it continued.

The statement comes after US President Donald Trump accused China of currency manipulation and unfair trade practices that effectively steal from US businesses and farmers, signalling that additional tariffs may be in store to overcome the yuan's devaluation.

Before that, China reportedly asked that its state-owned companies refrain from buying US imports.

The United States and China have been involved in a trade war since June 2018, when Trump stated he was imposing tariffs on $50 billion worth of Chinese imports in a bid to balance the trade deficit. Since then, the two countries have introduced several rounds of reciprocal tariffs.