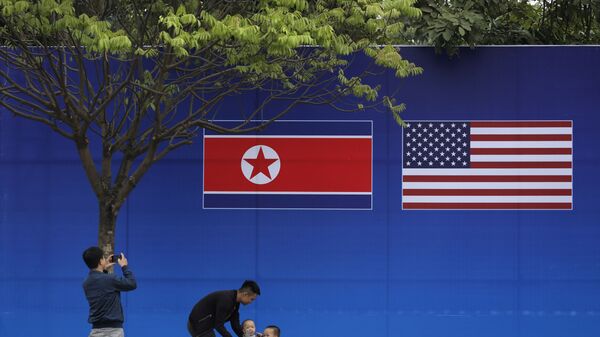 MOSCOW (Sputnik) - Intelligence chiefs from both North Korea and South Korea held a secret meeting in April after the no-deal summit between US President Donald Trump and North Korean leader Kim Jong Un in Hanoi in February, local media reported on Tuesday.

The sides, however, did not discuss the summit, the source added.

The second round of denuclearization talks between Trump and Kim concluded in Hanoi in late February. Though the meeting started on a high note, it ended abruptly, with no deal.

At the time, the US president said that since North Korea was not willing to denuclearize the specific areas that Washington wanted while seeking full sanctions removal, it was not appropriate to sign an agreement at that point.

The tests come amid an escalation of tension on the Korean Peninsula. While North Korea has been opposing the annual US-South Korean drills, last week, Pyongyang warned that Seoul would pay a price for holding them.

Meanwhile, Trump said he received a letter from Kim, in which the North Korean leader said he was not happy with the US-South Korean exercise.