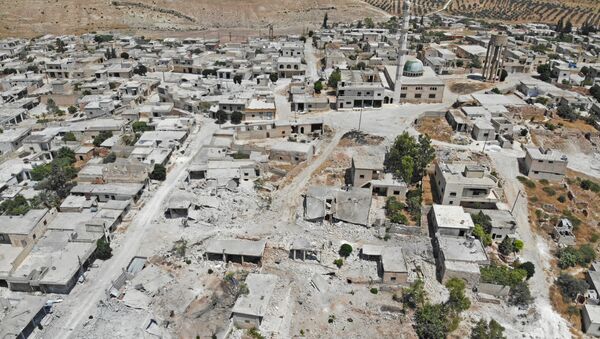 ANKARA (Sputnik) - Turkey insists that the width of the safe zone in Syria's north should amount to 30-40 kilometres (18.6-24.8 miles) and is waiting for Washington's steps, Defence Minister Hulusi Akar said on Monday.

"The safe zone in Syria should extend 30-40 kilometres depthward from the Turkish border. This is exactly in this direction that we expect steps to be made [by the United States]", Akar said, as aired by NTV broadcaster.

He added that Turkey was ready to create the safe zone solo as well.

"We have plans B and C", Akar stressed.

Ankara and Washington have recently reached agreement on creating the safe zone at Syria's border with Turkey and a centre to coordinate joint operations. Turkey stated that it wanted a safe zone an average 30-40 km to the south of its border with Syria, east of the Euphrates River, that would be controlled by Turkey in coordination with the United States and be completely cleared of the PKK and YPG, whom it views as a single organisation and regards as terrorists. Ankara warned that that should the two sides fail to reach an understanding on the matter, Turkey will establish the safe zone unilaterally.

Last week, President Erdogan warned that Turkey will launch an operation east of the Euphrates River in Syria 'very soon', despite the US calls to avoid any unilateral action.

Meanwhile, Damascus opposes the decision, qualifying this as a violation both of Syria's sovereignty and territorial integrity, and of international law.