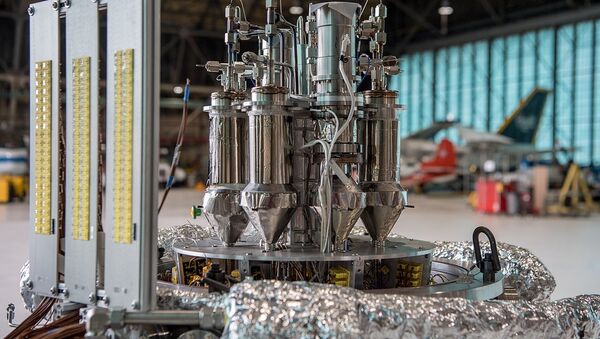 Tim Korso
All materials
The reactor is expected to fulfil a variety of tasks on the red planet, ranging from supplying astronauts with heat and air, to powering 3D printers that will be used for constructing buildings.

NASA's Future In-Space Operations (FISO) Working Group has stated that its portable nuclear reactor, called Kilopower Reactor Using Stirling TechnologY (KRUSTY), will be ready to fly to Mars by 2022. Each KRUSTY will be capable of producing one to 10 kilowatts of electrical power while only being the size of a regular trash bin, not including the coolant systems' "umbrella" and weighing 1.5 tonnes each.

NASA is planning to use such reactors both in space and on other planets, including Mars. According to the agency's estimates, the base on Mars would require around 40 kilowatts to operate. Bearing this in mind, KRUSTY was developed to be part of modular system - four reactors will be interconnected to produce the necessary power, while the fifth will be kept dormant in case anything happens to one of the main reactors. 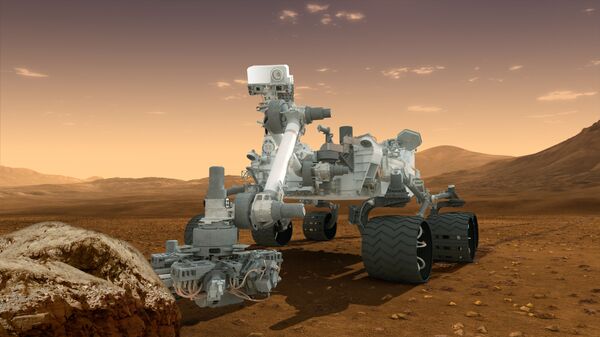 In addition to this, NASA's compact reactor is capable of self-regulating its chain reaction. At its core is a modified piece technology dating back to the 19 century - a Stirling engine that converts heat into power or electricity. Using this and "simple physics", the developers have created a system that can increase the reactivity by itself when more power is needed, and reduce the reactivity, when the demand for power drops.

The energy generated by KRUSTY reactors will not only be used to generate breathable air, drinkable water and heat up the base, but also to produce propellant made of methane and liquid oxygen to launch ships into orbit around Mars. Large amounts of electricity will also be needed to power 3D printers, which are expected to make the construction of the base a faster and cheaper matter on the distant red planet.

The US is not the only country that is looking into the prospects of establishing a stationary base on Mars. Russia has also been developing similar plans, as well as portable nuclear reactor for this purpose.