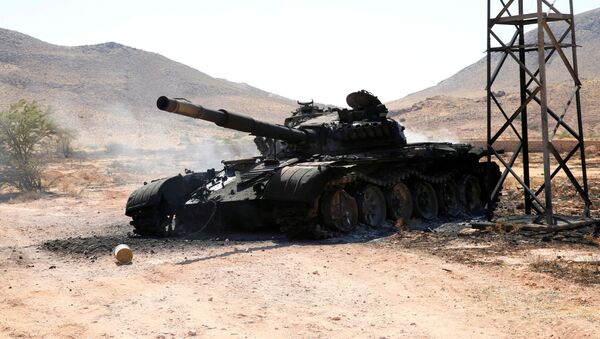 MOSCOW (Sputnik) - The United States, the United Kingdom, France, Italy and the United Arab Emirates issued a joint statement in connection with the situation in Libya and called on the conflicting sides for an immediate ceasefire and the investigation into the recent attack in Benghazi, which had resulted in the deaths of three UN employees.

"We call on all parties to start working with no delay on a ceasefire agreement and resume efforts, under the auspices of the Special Representative of the United Nations, to build a lasting political solution ... We reiterate that there can be no military option in Libya, and we urge all parties to protect civilians, safeguard Libya's oil resources, and protect its infrastructure", the statement released by the governments of France, Italy, the United Arab Emirates, the United Kingdom, and the United States on Sunday said.

According to the statement, the five countries strongly condemn the attack in Benghazi.

"The circumstances of this vicious act must be established with no delay and those who were behind it must be identified and held accountable. We reiterate their full support to the essential work of the UN Mission in Libya," the statement said.

On Saturday, a bomb-laden vehicle exploded near a food market in the west of the city of Benghazi. Three UN staff members were killed in the explosion. Libyan lawmaker Ali Saidi Qaidi said that the blast targeted employees of the UN mission in Libya.

The attack took place amid the UN-brokered Eid al-Adha Muslim holiday ceasefire, which was accepted both by the Libyan National Army, led by Field Marshal Khalifa Haftar, and the UN-backed Government of National Accord, two rival entities fighting for control over Libya. 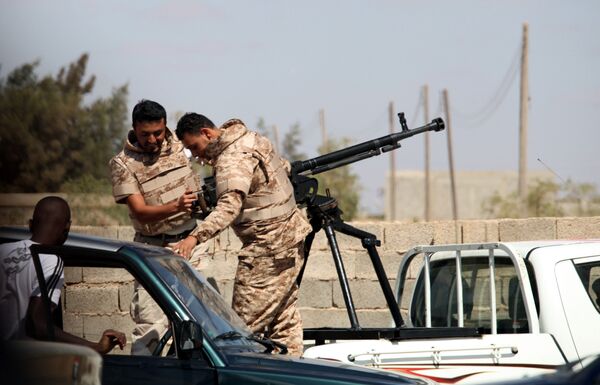 Soldiers from the Libyan National Army get ready to enter Rafallah al-sahati Islamic Militia Brigades compound, one of the compound buildings can be seen behind the wall, in Benghazi, Libya, Saturday, Sept. 22, 2012.
© AP Photo / Mohammad Hannon