Barcelona Not Prepared to Spend Money on Neymar – Report 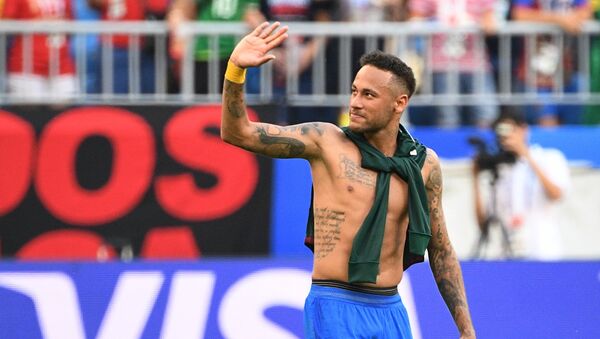 Neymar, a Brazilian football ace and the Champions League champ, joined Paris Saint-Germain two years ago, having been sumptuously signed in from Barcelona in a record expensive contract, with the player costing the Parisian club an eye-watering 222 million euros.

Barcelona have made it clear that they will sign Neymar back this summer only as part of a barter exchange, provided that Paris Saint-Germain are willing to take in their players, yet expressing certainty that the Brazilian star will stay in Paris until autumn at least, Marca reported.

Among the clubs to potentially clinch an agreement with 27-year-old Neymar is Real Madrid, which is likewise prepared to suggest that they exchange players with Paris Saint-Germain, and in this case pay Neymar 40 million euros per season, according to Sport.es.

Marca reported that the idea is not yet a fixture for Barcelona and options are still on the table. “Let him go wherever he wants”, the edition cited the club as saying on the issue, while it remains to be seen if Neymar will ultimately make a comeback for the Catalonian capital.

Meanwhile, Barcelona President Josep Maria Bartomeu is expected to attend a meeting in Liverpool next Thursday, where PSG's leaders will also be present.

Neymar joined the Paris squad in 2017, with the sum paid for the forward’s transfer from Barcelona breaking the world football record, as it amounted to 222 million euros. This past 2018-2019 season saw the football ace net 23 goals in 28 matches that he played for the French team. Separately, as part of Barcelona, Neymar claimed the Spanish champion title, as well as gritted out a win in the Champions League.