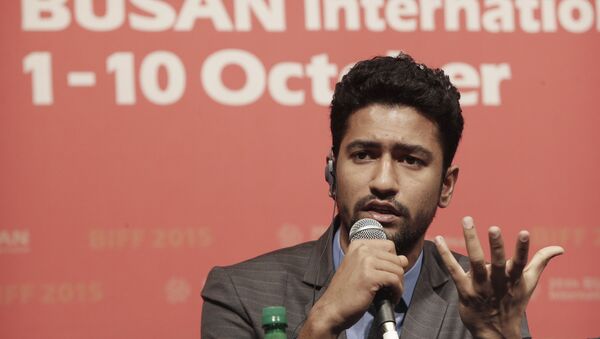 The Best Actress at the 66th National Film Awards went to southern star Keerthy Suresh for her astounding performance in Telugu film “Mahanathi”.

The awards, organised at the central government’s Shastri Bhawan in New Delhi, were declared in 31 categories today.

“Uri the Surgical Strike” which was based on a dramatised account of the Indian Army's cross border strike in 2016, proved its metal by winning four awards in total including Best Director, Best Sound Designer, Best Background Music, and Best Actor.

Vicky Kaushal took to Twitter to share his gratitude on winning his first National Award. Vicky also expressed his views on sharing the Best Actor Award with Ayushman.

Netizens heaped praise for “Vicky Donor” actor Ayushman Khurana, who also bagged the top honours this year by clinching the National award in the Best Hindi Film category for his film “Andhadhun”.

Congratulations for all the winners #NationalFilmAwards. pic.twitter.com/rOE5bNU7LK

Can we all just take a moment to appreciate @ayushmannk & his journey?He went from being a nobody to a National Award winner just because of his sheer hardwork & talent.He has earned all the appreciation & awards he is getting👏🏻👏🏻 #NationalFilmAwards pic.twitter.com/YCHmyVyeUe

Congratulations Ayushman Khurana and Vicky kaushal.. watched both the films and ur performance was extraordinary... One a fake Blind another a True Soldier...

After success of Andhadhun and badhai ho..
Aayushman be like: #NationalFilmAwards pic.twitter.com/yaaPk1uwrl

Others cheered for actor Vicky Kaushal for his performance in “Uri the Surgical Strike”.

2 for uri the surgical strike

While others, who were rooting for Ranveer Singh, were left surprised at him not receiving any award.

No hate for @ayushmannk and @vickykaushal09 but I think @RanveerOfficial deserves the best actor award either for gully boy or padmavat #NationalFilmAwards pic.twitter.com/hLa7caUpSD

If I come across one tweet saying that ranveer didn't deserve national award this year,I am gonna revolt!!! #NationalFilmAwards pic.twitter.com/x1uPOp1hEI