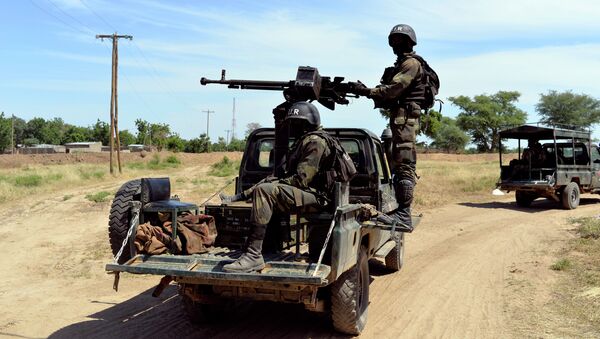 Boko Haram, which has reportedly pledged allegiance to Daesh*, conducted numerous deadly attacks in Cameroon, Nigeria, and Chad. In 2014 and 2015 the militants controlled vast territories in these countries, killing thousands of troops and civilians.

Borel Teguia, a 25-years-old renewable energy engineer from Cameroon, has come up with a prototype of a drone to monitor northern Cameroon’s borders, where attacks on civilians by the Boko Haram terrorist group have increased in recent months.

The young inventor described the advantages of this light "solar" drone over usual drones, especially in terms of its independence and flying time (from 1 to 2 hours compared to typical drones whose flying time amounts to half an hour).

"I studied in northern Cameroon, and saw many families forced to leave their homes because of the war; I told myself that something had to be done. There is nothing more horrible than war, and nothing more valuable than human life. I started working on this miniature device that could fly, make real-time videos and better monitor the Cameroonian borders. I wanted, so to speak, to give the Cameroonian sky an eye that would watch over its borders", he noted.

Having worked in several local branches of EDC (Electricity Development Corporation) and Aliqo Energy, Borel founded his own company, Тagus Drone, and devoted himself exclusively to the development of his project.

"I realised that there was a huge control issue all over the African continent. Drones could be a solution. Today, drones are involved in agriculture, telecommunications, health, cinematography, construction, art and culture. This is a boon for our company".

The engineer speaks about a drone, made of aluminium and plastic, with four symmetrical engines. The drone weighs 700 grammes; it’s quite stable, which makes it easier to control it. 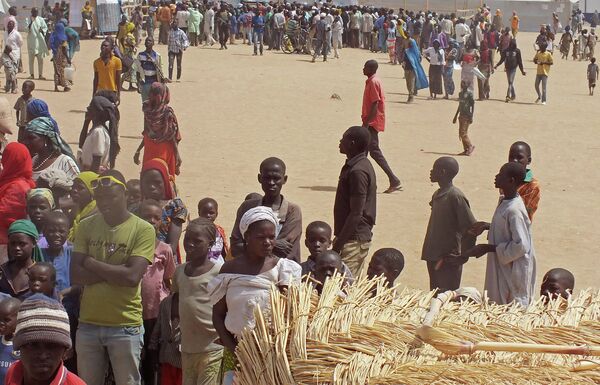 In this photo taken on Wednesday, Feb. 25, 2015, refugees that fled their homes due to violence from the Islamic extremists group Boko Haram inside a refugee camp in Minawao, Cameroon
© AP Photo / Edwin Kindzeka Moki

"It reaches a speed of 10 metres per second and can fly 150 metres above the ground. This solar drone can solve the problem related to the autonomy of existing models. Existing civilian drones have a relatively short flying time of between 30 and 45 minutes, limiting their scope in several areas. Our solar drone will be able to recharge during a flight from the Sun’s energy, thus allowing for 1 to 2 hours of flying time", he explained.

According to Borel Teguia, his company wants to prove that in Cameroon they can make advanced technology-based devices. He also said they needed to convince new investors about the project's great potential.

To develop his project and sell the drone in the local and African markets, Borel Teguia launched a fundraising campaign in May 2019. At the moment, it’s necessary to raise 500 million FCFA.

"This crowdfunding works very well because there are many investors interested in this innovative project. Over two months we have found more than 2,000 potential investors from more than 34 countries", the Cameroonian engineer said. 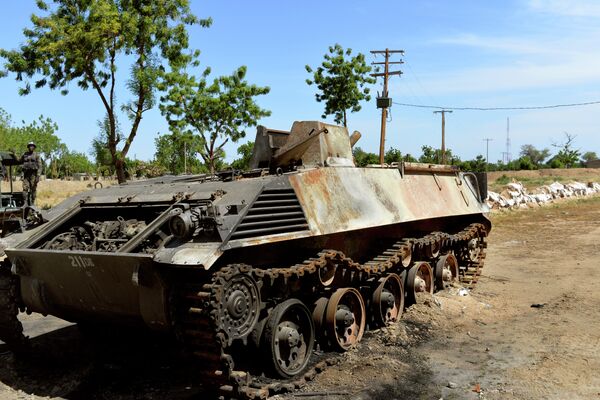 "We have a strong demand on the continent, but there are very few manufacturers. In the end, Africans are forced to import drones and buy them at huge costs because the cost of transport and customs are added to the purchase price. The drone market is booming and we need to take advantage of it to develop local models".

"Cameroon has a lot to do to build a real ecosystem that would benefit entrepreneurs. We should create adequate conditions for the emergence of young people’s projects. Only then will young people remain in their home countries instead of migrating to the West. They will be able to develop their projects for the benefit of Cameroon and Africa", the young man concluded.