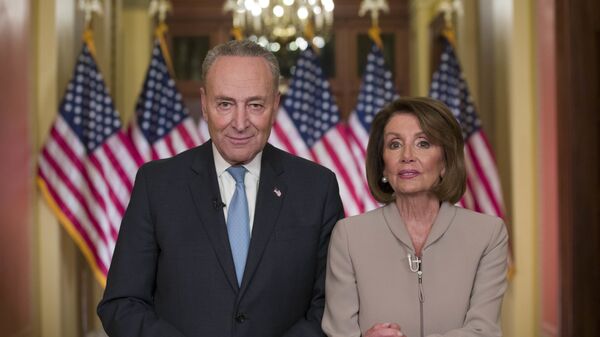 "We spoke to the President separately this afternoon and told him the best way forward to address gun violence in our country is for [Senate] Leader [Mitch] McConnell to let the Senate take up and pass the House-passed universal background checks legislation and for the President to sign it into law," Pelosi and Schumer said in a joint statement as quoted by The Hill on Thursday.

Earlier, Pelosi in a formal letter asked Trump to reconvene the Senate immediately to consider legislation that will enhance gun background checks.

McConnell rejected the notion of cutting short the congressional August recess. McConnell in a radio interview on Thursday said gun legislation will be a top priority when Congress reconvenes in September.

On Saturday, 22 people were killed and more than 20 wounded after a gunman opened fire at a shopping centre in El Paso, Texas. The suspect was identified by police as Patrick Crusius, a 21-year-old white supremacist. Less than 24 hours later, a gunman killed nine people and wounded 27 others in a separate shooting in Dayton, Ohio. Police said they neutralized the shooter, identified as 24-year-old Conner Betts, in less than a minute.