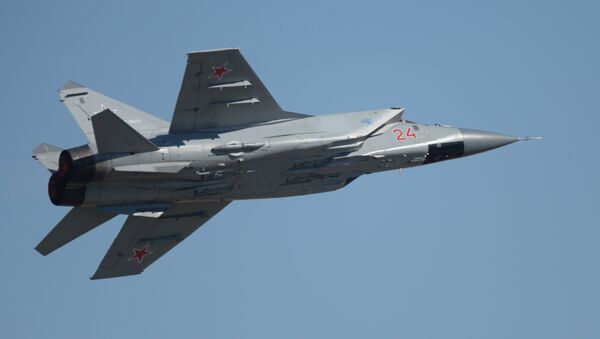 MOSCOW (Sputnik) - The Russian military has spotted 17 foreign reconnaissance planes near the country's airspace over the past week, the Armed Forces' official newspaper Krasnaya Zvezda reported on Friday.

According to a weekly infographic released by the outlet, Russian jets have been scrambled 12 times to intercept the foreign aircraft and prevent them from illegally crossing into the Russian airspace.

The material showed there had been no trespasses.

​Last month, eighteen foreign planes have been spotted while on reconnaissance missions near Russian airspace. The reports come after this June the Russian military stated it had detected 15 foreign airplanes while they were carrying out reconnaissance missions near the country's airspace, adding, however, that there had been no cases of trespassing.