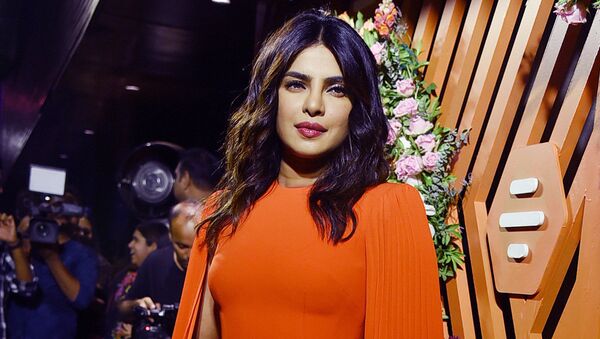 New Delhi (Sputnik): Known for hogging the headlines with her sensuous pics on Instagram, Indian-American actress Priyanka Chopra has been winning millions of hearts – even more so since marrying singer Nick Jonas. But a British survey has suggested that her actual followers may only be just half as many as people were made to believe.

Priyanka Chopra, boasts a whopping 43.6 million followers on Instagram alone and recently made headlines for featuring on the ''2019 Instagram Rich List'' and topping ''The Hollywood Reporter's Social Climbers Charts''.

According to a study by UK-based website ICMP, Priyanka Chopra and Deepika Padukone have the highest number of fake followers among Indian film industry celebrities, amid a list of Hollywood celebrities.

The website's audit shows that American comedian Ellen DeGeneres has the most significant number of fake followers in the showbiz category at 49 %, followed by South Korean boy band, BTS with 47% fake followers.

However, Deepika Padukone surpassed Priyanka Chopra, featuring on the list in sixth place with 45% fake followers across all social media platforms. Priyanka Chopra's followers include 43% that are fake.

Indian cricket team skipper Virat Kohli is another Indian to feature in the list, with 43% fake followers in the sports category, topped by footballer Toni Kroos.

The Institute of Contemporary Music Performance is a UK-based website that audits various “most successful” and “most followed” lists to measure what percentage of their following is actually real.