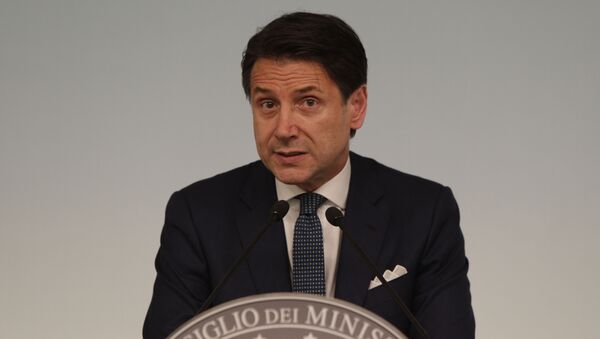 On Thursday, Salvini, who heads the Lega party, which is part of the coalition, said he had informed the prime minister that a snap election was needed since the parliament no longer had a majority to support the government.

"In Salvini’s note, I read a call on parliamentarians not to waste time and return to sessions as soon as possible. It is not up to the interior minister to convene the houses of the parliament and determine the terms of the political crisis. However, it is up to the minister, as a senator and the leader of Lega to explain to the country and voters the reasons which prompted him to cut short the work of the government," Conte said.

The prime minister added that he had assured Salvini that he would ensure the transparency of the ongoing crisis.

Conte noted that during his meetings with Salvini, he told the interior minister that a lot of ongoing reforms "would be inevitably discontinued."

"I will contact representatives of the Chamber of Deputies and the Senate so that they took action within their power to return to sessions," Conte pointed out.

The crisis inside the Italian government has been sparked by a parliament vote on a major railroad project, which was supported by the Lega party, while the MS5 Movement, its coalition partner, was against it.

After Salvini’s statement on a coalition crisis, Luigi Di Maio, the leader of MS5, said he was ready for snap elections, too.

Earlier on Thursday, Conte also met with Italian President Sergio Mattarella, who has a constitutional right to dissolve the parliament and call early elections.