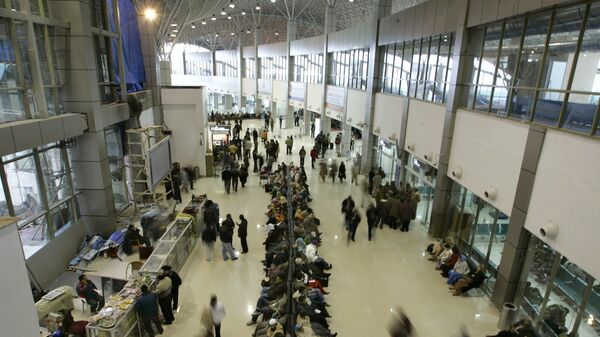 ​Yechury on Thursday 8 August wrote to the state governor about his intent to visit Srinagar to meet his party leader Mohd. Yusuf Tarigami, who was in poor health, and hoped that: “administration would not create any hurdles to discharging my responsibilities as a leader of my party”.

J&K: CPI(M) General Secretary, Sitaram Yechury has been stopped at Srinagar Airport. He had arrived in J&K to meet members of his party's unit, there. pic.twitter.com/vGmk9tENVp

The Marxist leader, who is a member of the upper house of Indian Parliament – the Rajya Sabha had opposed New Delhi’s move to strip Jammu and Kashmir of its special status and divide it into two federally administered territories, calling it “a severe blow to our constitutional order”.

Governor of Jammu and Kashmir Satya Pal Malik has reviewed the security situation in Kashmir ahead of Eid al Adha celebrations, which fall on Monday 12 August, subject to sighting of the moon. He has also ordered security officials to facilitate Friday prayers.

​Doval has been camping in the state to monitor the situation after New Delhi issued the Presidential decree to alter the status of Jammu and Kashmir on Monday 5th August. Two days ago, he visited Shopian in south Kashmir and interacted with locals.

Latest visuals from Srinagar indicate that people are moving around the city, engaged in essential daily tasks, although the traffic is sparse and the shutters of most shops are down.

#WATCH Jammu and Kashmir: Latest visuals from Srinagar as people move about for their work. pic.twitter.com/UYlI6cTSMK

Jammu and Kashmir: Latest visuals from Srinagar as people move about for their daily chores. pic.twitter.com/sVrmaxK8gz

​Kashmir has been on edge since Monday 5 August following the abrogation of Article 370 of the Indian Constitution, thus repealing the special status of Jammu and Kashmir and dividing the state into two federally administered territories. The divided regions are now under the direct rule of the federal government, through its nominees.