Guns Should Not be in Hands of Mentally Ill, Deranged People - Trump 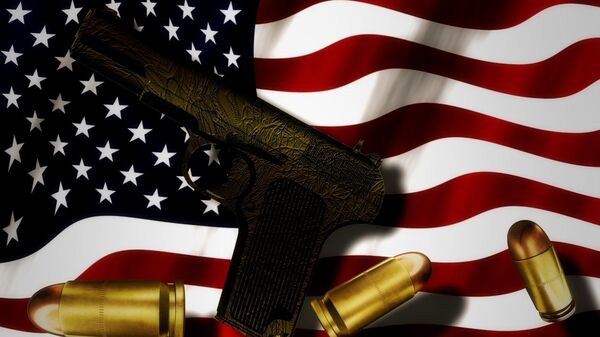 Recent mass shootings at a Walmart in a shopping centre in El Paso, Texas and in Dayton, Ohio have left 31 people killed and 47 injured.

US President Donald Trump has commented on a letter by House Speaker Nancy Pelosi in which she asked Trump to reconvene the Senate immediately to consider legislation that will enhance gun background checks in light of recent massacres in Texas and Ohio.

....mentally ill or deranged people. I am the biggest Second Amendment person there is, but we all must work together for the good and safety of our Country. Common sense things can be done that are good for everyone!

The president's statement comes after Trump promised to bring up the topic of an assault rifle ban in his talks with lawmakers. However, the Senate leadership has stated that it will not consider any gun legislation until the August recess is over.

The question of gun background checks has become acute since two shootings took place in the US on the same day.

On 3 August, 22 people were killed and more than 20 wounded after a gunman opened fire at a Walmart in El Paso, Texas. The suspect was later identified by police as Patrick Crusius, a 21-year-old white supremacist.