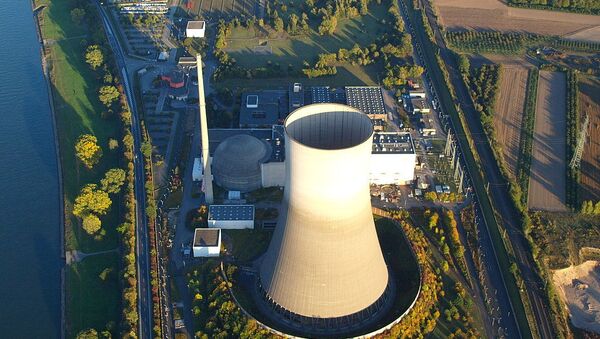 The nuclear power station, Mülheim-Kärlich built from 1975 to 1986, is situated on the Rhine River, about 10 kilometres northwest of Koblenz, close to the town of Mülheim-Kärlich in Germany.

The demolition of the almost 80-metre (262-foot) high cooling tower of the Mülheim-Kärlich nuclear power plant is taking place in the Koblenz region of Germany on 9 August.

The tower, which is recognised to be a landmark of the region, is part of a power plant that was closed in 1988. The controlled collapse follows years of demolition work, during which half of the tower was slowly removed with an excavator.