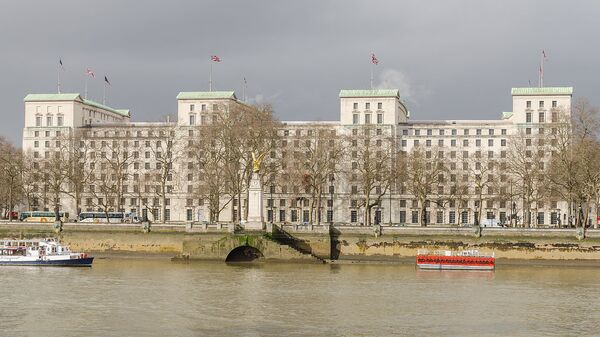 The ado around the bold initiative to break into the secret base in Nevada's desert, known as Area 51, that evolved from a joke of a Facebook event into a concern for the US Air Force seems to have subsided. However, one prominent UFO-logist has now suggested places of interest for conspiracy theorists in the UK.

The UK Ministry of Defence employee-turned journalist Nick Pope has named several British sites where enthusiasts can search for evidence of extraterrestrial contacts. The former MoD civil servant, whose duties included investigating "unidentified aerial phenomena reported to the Department to determine if they had defence significance" (as information on the website of the House of Commons says) has compiled a list of classified spots that could become "Britain's Area-51," for The Sun.

According to him, five places in the UK might be interesting to alien hunters and conspiracy theorists that suspect the military might have come into possession of extraterrestrial technologies.

One of them is former Royal Air 'Force's secret base Rudloe Manor in Corsham, Wiltshire, said to have a network of underground tunnels. The site, closed in 2000, was used for investigating UFO sightings, as revealed in 2010. Since then, the spot became a magnet for conspiracy theorists with some of them heading to the former base despite the threat of arrest.

UFO Klondike in the heart of London

Another destination is a little more obvious. Pope named one of the rooms in the MoD Main Building in Whitehall where the staffers studied reports of UFOs under a project that reportedly shut down ten years ago. According to the journalist, it might still be operating secretly. He claimed, citing unnamed sources, that the project was transferred to the Americans or moved to a new part of the building.

He also suggested that the 'UK's National Archives in Kew might be a point of interest for X-Files seekers. The Sun points out that some of the UFO-related files were declassified in 2018, revealing that the military looked into such cases to possibly find information about extraterrestrial technologies. Some documents on UFO sightings were made public more than a decade ago. However, some of them were redacted; prompting speculation that something important might have been concealed.

The site that has long been jokingly dubbed 'Britain's Area-51, the Royal Aerospace Establishment at Farnborough, Hampshire, is also on 'Pope's list. Although this research facility was shut down in the late 1980s, it has never ceased to tickle the nerves of alien hunters claiming it was connected to UFO abductions.

Pope also warned conspiracy theorists against setting high hopes on Farnborough, which is currently home to the defence technology company QinetiQ, and noted he was "sceptical about this."

"My late father, Dr Geoffrey Pope, was the Director of RAE Farnborough, before ending his MoD career as the Deputy Chief Scientific Adviser. As he once joked: 'If there were a spaceship in a hangar somewhere in the UK, it would have been my hangar!'" he told The Sun.

From Saucers to Tornados

The testing site of one of the world's biggest defence companies BAE Systems in Warton might also be a place of interest for conspiracy theorists. The spot is said to be the birthplace of Typhoon and Tornado jets and has made truth 'hunters' imagination fly. Some even reportedly insisted that they have seen UFOs flying over the place.

Despite outlining alien-related sites, the former MoD staffer notes that we might never know where these secrets are hiding.

"If Britain does have an Area 51, and if alien secrets are being kept somewhere in the UK, my view is that while the locations 'I've mentioned are significant, the real action will be going on somewhere else, at a location so secret, the media and public have never heard of it,"" he noted.

The land of milk and honey for conspiracy theorists - the US Air Force base in a Nevada desert dubbed Area-51, has been making headlines thanks to the bizarre viral 'Storm Area 51' Facebook event, which playfully encourages people to "storm" the top-secret facility and "see them, aliens." More than 3 million people have shown interest in the event which prompted the Air Force to discourage would-be raiders from showing up on 20 September, saying the military "stands ready to protect America and its assets". In addition to the military warning, the page was blocked and then reinstated in what Facebook called a mistake. Supporters of the Facebook event say the platform had resorted to decades-old oppression techniques.