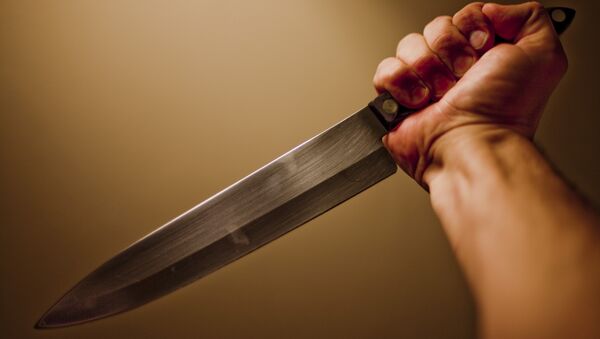 The policy aimed at tightening the noose around knife sales, particularly to young people, was enacted in May 2019 in an effort to reduce the UK’s skyrocketing knife crime rates, which currently stand at almost unprecedented levels.

Knives can be freely purchased on Facebook in the UK without requiring proof of age, despite the implementation of a recent law calling for age verification, according to reports.

Back in May, the British authorities imposed a new law that prohibited blades from being purchased online and delivered to private properties or sold to individuals under the age of 18. Customers that do purchase knives online have to collect the items in person from a physical shop, where retailers are also legally required to check the purchasers' identity.

Legislation has been put in place to tackle the sale of knives to young people. It’s now time to enforce it. Knives being sold via Facebook without any age check | Facebook | The Guardian https://t.co/O2N4sbno48

A number of retail giants, such as Tesco supermarket and Argos were caught breaking the law by selling knives to 16-year-olds without making legally required identity verification checks, according to an investigation by the BBC.

Now, three months later, the Guardian has claimed that it is still able to purchase sets of knives from sellers on Facebook Marketplace without proof of age. It appears that a variety of knives are available to purchase through the social media giant, including those with blades of up to six inches.

While local council authorities are now tasked under the law with ensuring that retailers abide by the new rules - that some will doubt feel is too stringent - when it comes to sales through platforms like Facebook, the legacy responsibility ultimately lies with the individual seller.

Yet, there are those who don't agree with the new legislation.

its the invasion by foreigners that is the problem, not knives

Why would we need an agecheck for Kitchen utensils ?

Knives have been around longer than guns. Trying to restrict/ban the ownership of either is futile. These inanimate items aren't the problem. It's a heart problem. Only God can change that, but He won't force a change on anyone: People must ask God to change their hearts.

​In a statement on the presence of sellers flogging knives on its platform, Facebook reportedly said that, “we take safety very seriously, which is why you have to be 18 or older to use Facebook Marketplace. We do not allow the sale of non-culinary knives on Marketplace and work quickly to remove these items.”

Patrick Green, the chief executive of the anti-knife crime charity, the Ben Kinsella Trust, has been quoted as saying that the onus is on Facebook to make greater strides in ensuring that knives cannot be sold on its platform.

“Without the need to employ much subterfuge to disguise their age, large knives can be purchased from this site and delivered without robust checks taking place. Facebook not only have a moral duty to bring this site up to standard, but a legal one too,” Mr Green reportedly said.

Conservative party MP Ross Thomson, who sits at the helm of a parliamentary working group on knife crime, has been quoted as calling for the government to crack down harder on Facebook for alleged illegally knife sales. “There is little point in passing legislation if it is not being upheld. Facebook must be challenged on the ease with which people are able to purchase these items online,” Mr Thomson reportedly said.

As part of its effort to expunge what it rather vaguely calls “harmful content” from the internet - which includes age blocks on pornography - the UK government is slated to establish an independent regulator that will ensure that tech giants such as Facebook are taken to case if they allow knife sales to occur.

The new policy on knife sales was apparently implemented as part of a broader strategy of reducing knife crime amount young people in the UK, particularly in the capital, London. According to statistics, the number of people stabbed to death in London has increased on a year-on-year basis since 2014, with 2018 being the worst year, culminating in 135 fatalities. Moreover, as of July 7 2019, there had reportedly been around 74 recorded stabbing-induced killings.