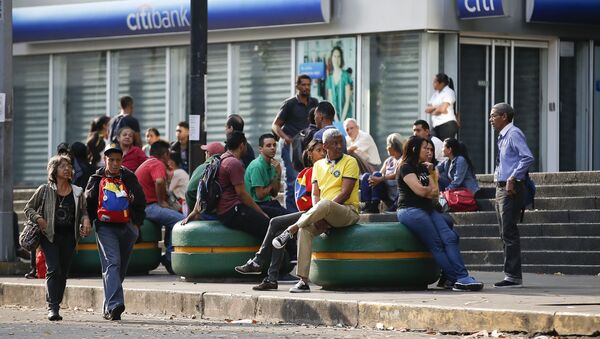 Russia has called the move by the United States to freeze all Venezuelan government assets in the US "economic terror." On Monday, US President Donald Trump issued an executive order that also targets other countries that continue doing business with "regime" of Nicolas Maduro.

In response to US actions, thousands of people took to the streets of Caracas to voice their support for President Maduro.

Since January the country has been in political crisis after opposition leader Juan Guaido proclaimed himself Venezuela's interim president on 23 January, two weeks after President Nicolas Maduro's inauguration to a second term following elections in May 2018.

The US and its allies accused the Maduro government of starving its people, something independent journalist Eva Bartlett who visited the country this year says is not true, adding that Western media paint an untruthful picture of the situation there.

Sputnik: Why have you decided to go to Venezuela? What cities have you visited?

Eva Bartlett: It just coincidentally happened that a peace delegation was going from America, so I joined them for my first week, which was very interesting because then we were able to go to many different areas, many of the poorest areas, we also met with the representatives of civil society, and governmental representatives, including President Maduro and Foreign Minister Jorge Arreaza.

Now, this is a bit of a divergence, but I had planned to go to Kyiv to see the trial of [journalist] Kirill Vyshinsky, but American Airlines cancelled all the flights out of Venezuela, so I could not leave, and I missed my flight to Kyiv.

So I decided I would just stay on since at that time what Western media was saying about Venezuela was that everybody is starving, there's no food in the stores, greatly exaggerated fabrications.

So I went around not only in downtown Caracas, but I went to what is known as the poorest barrio in Latin America - Petare, and I went into the hills of Petare. And everywhere I went, I saw people that looked like they were not starving, and I saw a shop selling food, meat, cheese, vegetables. So mainly the takeaway I got was the media was fabricating a crisis that doesn't exist. There is poverty, but the way the media is presenting it is that everybody is starving, everybody's eating out of the garbage, and that wasn't the case. 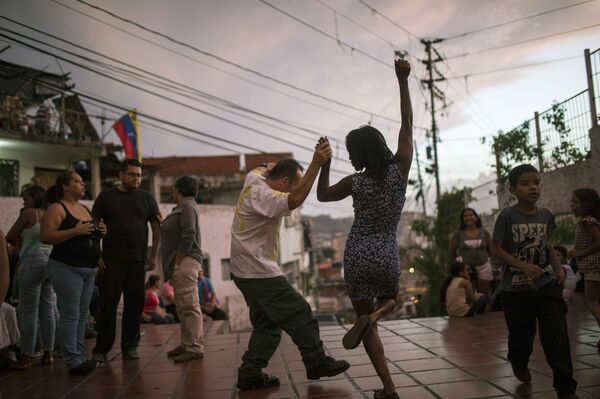 I walked quite a lot, and I took the metro all over the city, and I saw one instance of somebody eating a bag of potato chips out of the garbage, but I didn't see this mass chaos that the media was portraying.

During that time, there were two major power outages which the Venezuelan government attributes to American government interference and sabotage. At that time, even though people were without power, therefore without water, etc., it was calm, people remained calm, they were helping one another.

So I was glad that I was there at that time, because it was a time when some of the worst war propaganda was hyping up, and I was able to see that at least these things were not true at all and tried to convey that to people who follow me.

Sputnik: If I'm not mistaken, you attended two different political rallies in Caracas both pro-government and opposition. So how can you describe each one of them?

Eva Bartlett: So the pro-government rally I went to: I ended up walking in the rally between two or three hours, it was massive, and all that time people surrounded me, it was an endless sea of people down the streets. It was very festive, people were singing chants in support of President Maduro, they were also singing songs about Venezuela, about people being united, and they were very welcoming, they were very happy- dancing even and patriotic as well. 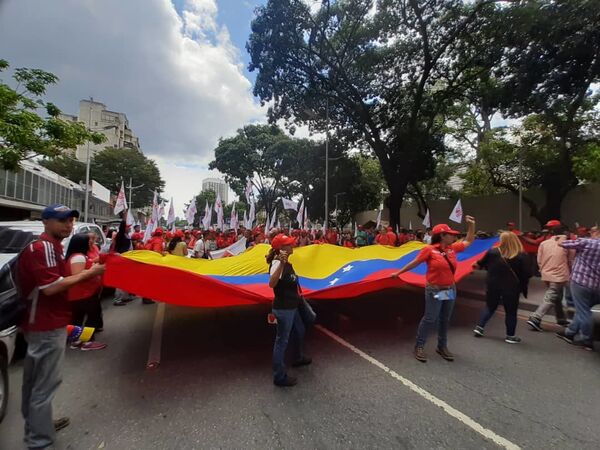 Pro-Maduro protest in Caracas against US sanctions
© Sputnik / Kelly Carreño

But also if you stopped and spoke with people you found that they were very well informed about what it is they're defending, they're not merely saying a slogan, they can cite from the Constitution, they know their legal rights, they know what it is what the imperialist states, specifically American, have been trying to do in Venezuela and they're not going to allow that.

I did go to another pro-government rally; I think it was two weeks later, it was as big if not bigger, the same festivity. On the first day that I went to the pro-government rally, I also tried to go to a rally in support of the opposition or Guaido, they didn't turn out, and then, one or two weeks later there was supposed to be another one, and I literally got on a motorcycle taxi and went around to all the points where the rally was supposed to start, and I couldn't find anyone. I couldn't find anyone. I found a group of Maduro supporters, and finally, I found a group of like 10 to 15  pro-opposition supporters in eastern Caracas, in Chacao, and in Altamira, I found maybe 20 people. So I didn't see the masses.

And I really wanted to; I wanted to talk to them because colleagues of mine have been there before when there were larger demonstrations, and the people that they spoke to were violent, aggressive, abusive. And so I wanted to hear what they had to say, but I was only able to speak to two people, and one person insisted that the elections in 2018 were illegitimate, even though Jimmy Carter of the Carter Center said that Venezuelan elections are the most transparent that he's aware of, and the other person didn't really have much to say.

Sputnik: What impressed you the most when you came to Venezuela?

Eva Bartlett: The people, quite honestly the people, because, again, these people are largely Venezuela's poorest, but their spirit is very impressive. They're not only well informed, but they're enthusiastic.

If you took a poor person in a developed country, in a North American country let's say, you'd find that not only a poor person but even a wealthy person, people complain a lot, but in the poor areas in Venezuela I found people working together, and very hopeful, and inspiring, and hard-working. 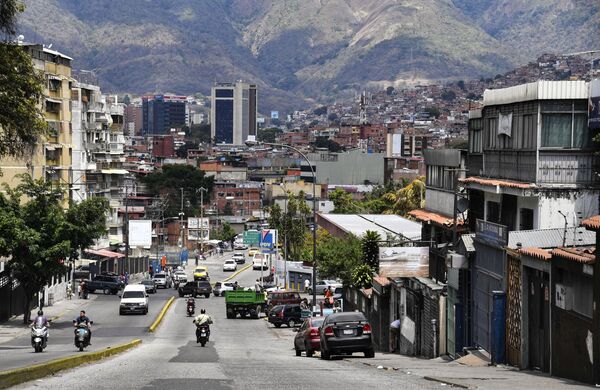 A view of Petare neighbourhood in Caracas where people try to return to normal life after severe power cuts affected the country on March 13, 2019
© AFP 2022 / YURI CORTEZ

The other thing is that women have a large role in society there, very much an equal society. Women are very empowered, I should say, in Venezuela, and they really focus on educating youths there, so I just found a great sense of community in Venezuela.

Sputnik: What conclusions did you make after your trip to Venezuela? What things that you had heard or saw turned out to be true, and what was just mainstream media propaganda?

Eva Bartlett: Well I do have to say in fairness that I was only in Caracas, the main reason being is my Spanish is very, very minimal. So even though I could've travelled around the country, and I had in prior years, I didn't have a translator, so there would be no point, I couldn't really conduct interviews. So just to say, I was only in Caracas, but that said, I did go around, and I did meet, as I mentioned, people in civil society and community leaders, etc. So what I take away is there is a broad base of support for President Maduro.

I do not have enough firsthand knowledge to get into the exact statistics of how much support that is, but what I see just in general is what the Western media is doing in their reporting on Venezuela parallels on what they've done on Syria, on Libya, on Iraq, on North Korea, on any area that imperialist nations want to target, whether to overthrow the leadership and harvest the resources, or simply eliminate a power that they see as a power they don't want existing.

So the same tactics are used. They're vilifying the leadership, to a very extreme and ludicrous degree, and are very abusive. Western leadership is very abusive when it comes to Russia, to Syria, to Venezuela. It isn't just criticizing policies; it's criticizing the person. And also the very exaggerated propaganda about what the reality is in the ground — the same in other areas. So what I took away is that the Western media is lying and fabricating chaos that doesn't exist and also that unfortunately, America will not let up.

During a meeting with Foreign Minister Arreaza, he cited a conversation he had with Elliot Abrams, in which he said, "Okay, your coup has failed," referring to Juan Guaido's attempt to proclaim himself as president. And Abrams said something like, "Well, I'm looking forward to the destruction of your economy," which is, of course, what the sanctions are doing to Venezuela. So that's another sad aspect that the US is not going to let up, they're going to increase the sanctions as they've done to Russia and other countries. They're going to continue supporting extremist and violent elements in Venezuela.