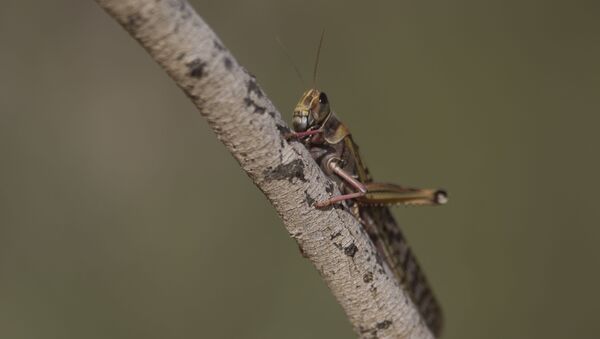 The UN Food and Agriculture Organization singled out Yemen as the country which is at the highest risk of locust invasion, both due to the current favourable breeding conditions for the insects, and the security problems impacting actions aimed at containing the threat.

The Food and Agriculture Organization of the United Nations (UNFAO) issued a warning about the "serious threat" that desert locusts could pose to agriculture in Yemen, Sudan, and Eritrea, as well as "parts of Ethiopia and northern Somalia."

The agency pointed out that Yemen, "the world's current worst humanitarian crisis," is at the highest risk as weather conditions there seem favourable to locust breeding, and survey and control operations aimed at dealing with the threat "are hindered by insecurity in locust breeding areas and insufficient capacities such as equipment and operating funds."

The current political situation in Sudan may also hamper the effectiveness of anti-locust operations in the country, while the capacity of Eritrea, Ethiopia and northern Somalia to deal with the threat is also "relatively limited," UNFAO noted.

"Given the seriousness of the current locust situation, all countries must monitor the field conditions by mounting regular ground surveys and undertaking the necessary control measures whenever important locust infestations are detected," the agency advised.

In June, hordes of locusts plagued the Italian island of Sardinia in what was described as the worst such invasion in decades, jeopardising local crop production.